Daewoo shipyard of Seoul, Korea, reported recently that financing arrangements for construction of 12 containerships for U.S. Lines have been completed. In-Kie Hong, president of Daewoo Shipbuilding and Heavy Machinery Ltd., signed a co-financing agreement with Thomas Charters, vice president of Citibank, the syndicating bank of the group of seven banks that will participate in the financing.

The loan agreement totals $47.5 million, and applies to the first five of the U.S. Lines ships, the first of which is scheduled for delivery in the summer of 1984. The financing of the other seven vessels, totaling $66.5 million, has been arranged by Korea Development Bank.

In addition to Citibank, the participating banks are Nova Scotia Bank, Marine Midland Bank, Saehan Merchant Banking Corporation, Banque Nationale de Paris, Indian Overseas Bank, and Korea International Merchant Bank. The loan is for an eight-year period and will be provided at an interest rate of 1.125 percent over LIBOR (London interbank offered rate).

The total cost of the 12 containerships is $570 million. The construction contract calls for a down payment of 20 percent, to be provided by U.S. Lines; the first installment was made in April 1983.

The Export-Import Bank of Korea will provide 50 percent, or $285 million, of the total cost.

Daewoo Shipbuilding and Heavy Machinery is a member of the Daewoo Group, founded in 1967 and today one of Korea's largest industrial organizations. 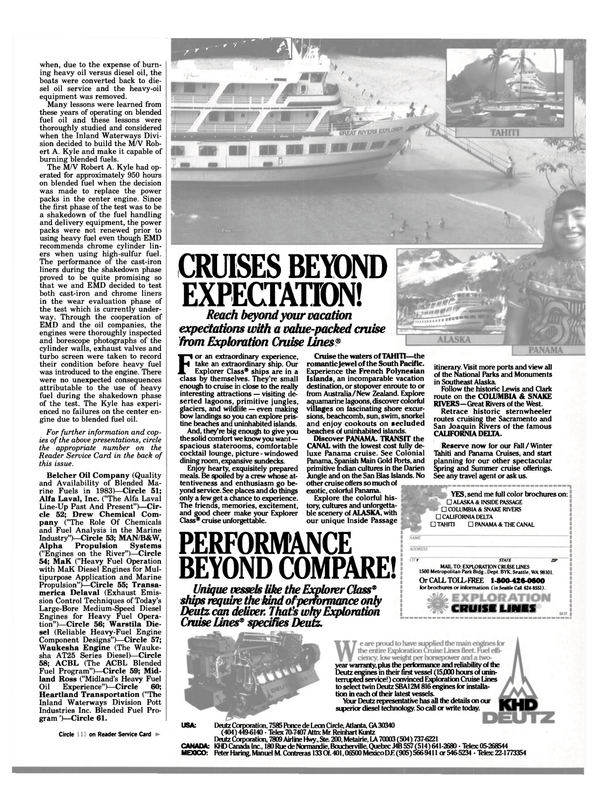