Vital to the nation's defense capability is the improvement of repair and maintenance procedures and the modernization of facilities.

When the Naval Sea Systems Command called for improvement of the crane system on its medium auxiliary floating drydocks, Crane Con Products of Seattle responded with design and production of four wing wall cranes. According to a Crane Con spokesman, these cranes were the first of this type to be designed and manufactured to the revised miliary specification MIL-C-17949B, Electro-Mechanical Shipboard Cranes. The first two cranes of the contract were completed in early 1983, and the second pair around midyear, well ahead of schedule.

The cranes operate on 14-foot gauge track, traveling a distance of 460 feet, almost the full length of the dock. Total operating gross weight of each crane is 265,000 pounds. "This is the first major project completed in our new Seattle manufacturing plant," said Con Crane president Lyle Harlson. "It is a major step in the expansion into crane manufacturing, repair, and refurbishing, in addition to production of our automatic brakes, wheel chocks, and other crane safety equipment." 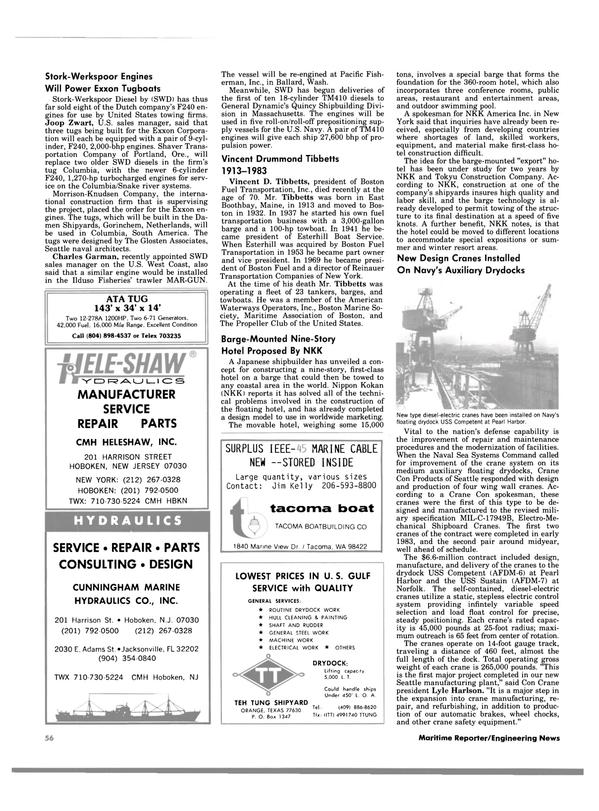