Charles A. Garman has been named as Western area sales manager for the U.S. by Stork-Werkspoor Diesel bv (SWD). Mr. Garman has opened an office in Seattle and will cover the Western U.S.

and Alaska for the firm. SWDiesel engines are offered in models ranging from 300 to 2,000 bhp specially designed to operate on both high grade distillate fuels, and on heavy and lower grade fuels.

SWDiesel began operating in the U.S. in 1983, establishing a sales and service office in New Orleans and assigning an SWDiesel executive, Joop Zwart, as sales manager for the North American continent. Mr. Zwart is dividing his time between the U.S. and the SWDiesel home office in Zwolle, Netherlands.

Mr. Garman, who was educated in engineering and business at Everett Community College and the University of Washington, previously was West Coast sales manager for Wartsila Power U.S.A., and director of marketing from Tacoma Boat Building, Inc. 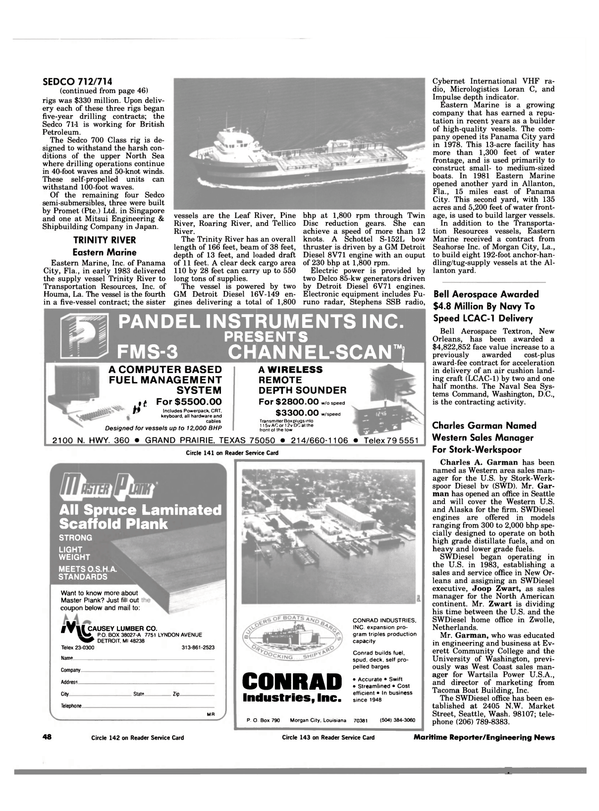