Valmet's Helsinki Shipyarc., as the culmation of a two-year research program, recently tested a new type of ducted propeller with the tug Matari off the coast of Savonlinna.

The new type duct is said to be a new generation propulsion solution for Arctic vessels operating in ice.

As already known, a duct installed around a propeller increases the total thrust by some 30 percent when the propeller is heavily loaded, as it is in ice conditions. At the same time, the duct protects the propeller from bigger ice loads. Until now, the problem has been that the duct gets blocked by large ice floes, and thus the use of ducted propellers has been very rare in spite of the obvious advantages.

As the result of two years of research, Valmet has now developed a patented ducted propeller that solves nearly all the problems related to the blocking of the nozzle.

This new development will either increase the icebreaking capability of icegoing vessels or significantly decrease their fuel consumption.

The Valmet ice duct is suitable for all types of icegoing vessels, including icebreakers, cargo ships, etc. It works in both directions, both forward and astern.

The development of the new type duct is part of Valmet's ongoing research and development program aimed at new solutions and techniques for the icegoing vessels of the future. Started a few years ago, the development work achieved remarkable results last year from tests with the winter trawler Jarvsaar, where an open propeller was compared with a ducted propeller, according to Mikko Niini, marketing director of Valmet Helsinki Shipyard.

For the first time, Valmet succeeded in documenting the underwater process by recording the propeller- ice interaction on video tape.

The testing program was continued this past winter with several vessels, both in sea conditions and in the lake Saimaa.

Building of icegoing cargo ships and offshore supply vessels is one of Valmet's principal plans for the future, Mr. Niini said. One proof of this is the newly started five-year research program, and the Valmet investments in engineering facilities in the U.S. and Canada.

In connection with plans for the future, Valmet has, together with Mopro Oy, developed an icebreaking tug that will work as a high-technology testing vessel for the icegoing vessels of the future. Some six to eight different technical solutions will be tested with this vessel. In midwinter when the traffic at the lake Saimaa is laid down, Valmet will use the icebreaking tug and the lake Saimaa as a full-scale ice testing laboratory. Features of this vessel include a new, efficient icebreaking bow, special solutions to decrease friction, and the new ducted propeller.

Valmet plans new projects both in Finland and by the new affiliated company, Valmet Arctic Canada Ltd., founded in Canada at the beginning of this year.

For additional information on Valmet's research and development programs for vessels operating in ice conditions, Circle 50 on Reader Service Card 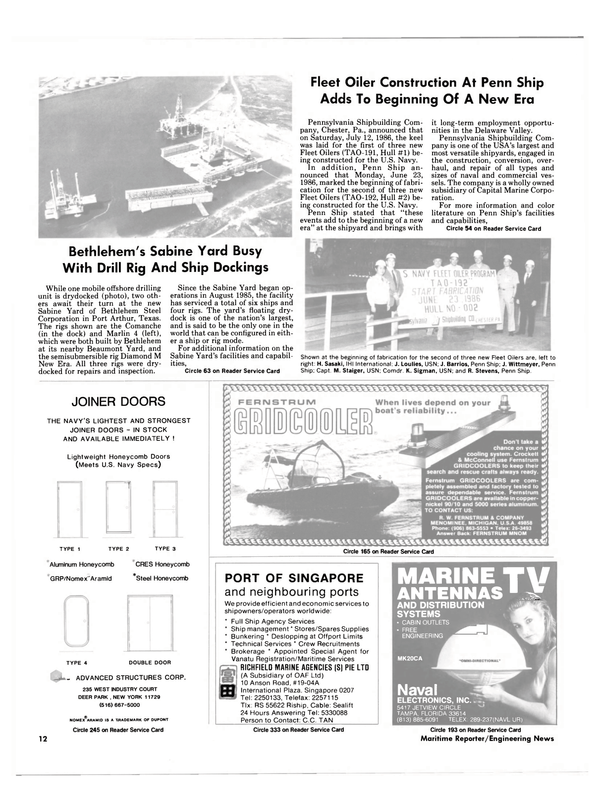