High-torque, low-speed hydraulic motors are being used on many paddlewheel vessels all over the world. This form of propulsion transmission and its benefits would appear to be attractive in other applications also.

Hydrostatic drives are by no means new for propulsion transmission on paddleboats. One of the first installations goes back to 1972 on a passenger vessel on the Bavarian Lake in Germany. That craft's original steam engine was replaced by two 230-hp Hagglund hydraulic drives. Similar projects have been realized in Italy, Australia, the Netherlands, and especially in the U.S.

A count of the existing hydrostatic- powered paddleboat fleet in the U.S. shows about 20 installations.

They all rely on Hagglund hightorque, low-speed hydraulic motors, which are particularly favorable in this area. The majority of these vessels are newbuildings designed for the growing industry of "nostalgic cruises." The promoters of these ventures have revitalized the old traditions and awakened memories for many senior citizens.

Potomac River Boat Company's Cherry Blossom went into service in 1984 as the first paddleboat on that Washington, D.C. river in almost 40 years. She was built by Offshore Shipbuilders in Palatka, Fla., a company that also delivered the 125-foot sidewheeler Andrew Fletcher. Operated as an excursion vessel by Seaport Line in New York Harbor, she is said to be the first large sidewheeler built in the U.S. in the past 60 years. Offshore Shipbuilders have plans to construct three more hydrostatic-powered paddleboats.

Marine Power, Inc. in Florida, a firm owned by naval architect William G. Preston, is well known in the paddleboat field, and has designed more than 10 hydraulic-driven sternwheelers to date. The firm is optimistic about further similar projects. Their largest existing paddlewheeler is the 100-foot Landing Queen, operating on Lake Conroe, Texas. She was built in sections by Walker Marine at Moss Point, Miss., and assembled on the shores of Lake Conroe. Marine Power is currently working on a 132-foot sternwheeler, the Discovery III, for Alaska River Ways, Inc.

LaCrosse Riverboat in LaCrosse, Wise., another specialist in paddleboats, has so far built 10 sternwheelers.

The largest is the 125-foot Tahoe.

Four more sternwheelers are currently in the design stage; all will be hydraulically powered.

Like many sternwheelers, the Betsy Ann has a split paddle to assist steering. Steering is further improved with two go-ahead and two back-up rudders. Each of the vessel's 240-bhp diesel engines, operating at 1,100 rpm, drives a variable-volume, pressure-compensated hydraulic pump. Each pump powers a torque-arm-mounted Hagglund hydraulic motor.

Hagglunds' hydraulic motor design is particularly well suited for the power ranges concerned—up to 750 hp at 20 rpm per motor. It hydromechanical efficiency is extremely high and it has a reliable low-speed performance, even at 0.5 rpm or less.

With a high external load capacity, the Hagglund hydraulic motor can be mounted in a bracket or with a torque arm arrangement. The motor is also easily adapted to the drive shaft, with no welding or keyways necessary.

Hagglunds foresees a continuing demand for high-torque, low-speed hydrostatic drives for propulsion applications, not only in such "exotic" cases a paddleboats but also for thrusters, silent propulsion systems, subsea vehicles, and many other demanding applications.

For further information and free brochures on the Hagglund hydrostatic drives, Circle 59 on Reader Service Card 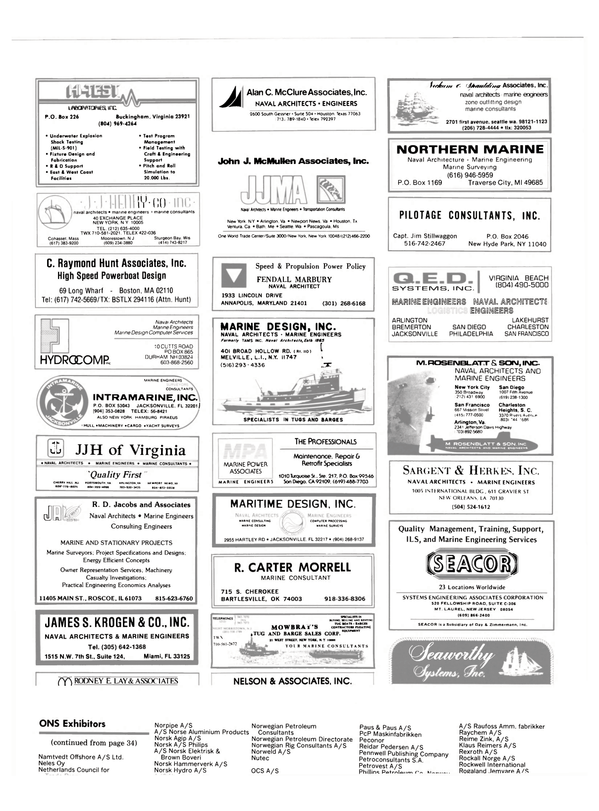