Pennsylvania Shipbuilding Company, Chester, Pa., announced that on Saturday, July 12, 1986, the keel was laid for the first of three new Fleet Oilers (TAO-191, Hull #1) being constructed for the U.S. Navy.

In addition, Penn Ship announced that Monday, June 23, 1986, marked the beginning of fabrication for the second of three new Fleet Oilers (TAO-192, Hull #2) being constructed for the U.S. Navy.

Penn Ship stated that "these events add to the beginning of a new era" at the shipyard and brings with it long-term employment opportunities in the Delaware Valley.

Pennsylvania Shipbuilding Company is one of the USA's largest and most versatile shipyards, engaged in the construction, conversion, overhaul, and repair of all types and sizes of naval and commercial vessels.

The company is a wholly owned subsidiary of Capital Marine Corporation. 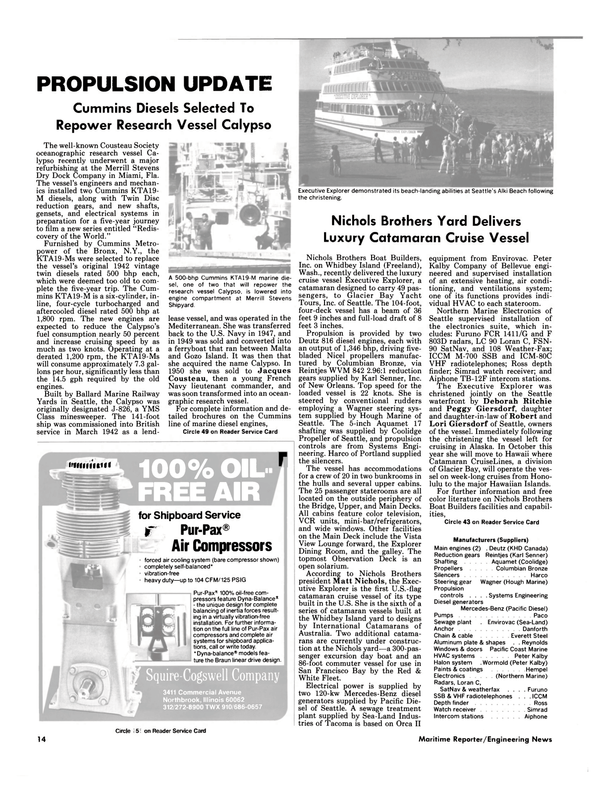