The International MacGregor- Navire Organisation, recognized leaders in the design and supply of marine cargo access and port equipment, recently announced the appointment of Ulf Hedberg as president, and Barry E. Gilmour as executive vice president of its worldwide group of companies.

Mr. Hedberg is well-known in Scandinavian shipping circles and has been promoted from his previous position as managing director of the Finnish Group. He brings to the position 18 years of experience within the MacGregor-Navire Organisation.

Mr. Gilmour was previously managing director of the MacGregor-Navire (UK) Group of companies and, prior to this, held senior positions in shipping and industry.

In line with its development and diversification policy, MacGregor- Navire has also formed a new Far East Division within its existing organizational structure, and recently announed the appointment of Goran Johansson as the divisional managing director. The new division will strengthen MacGregor- Navire's Far Eastern activities, thereby ensuring that the group's customers and business interests in that important market area are effectively served. 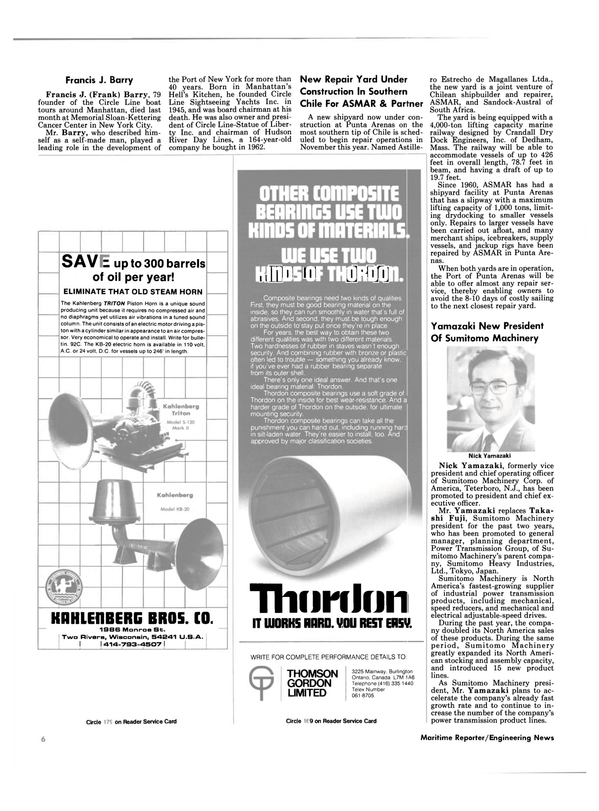