of New Orleans, the marine subsidiary of Tidewater Inc., has announced the major upgrading of its towing/supply vessel Hatch Tide by McDermott Shipyards in Morgan City, La., for service in the deepwater Gulf of Mexico as industry conditions improve and drilling resumes in this area of activity.

The Hatch Tide joins two other Tidewater vessels, the Doc Tide and Darol Tide, that were upgraded recently.

A bigger, 550-hp Schottel S-300-L bow thruster was added to enhance the vessel's maneuverability at sea and in port and harbor areas. Towing capacity was also increased, and a Fritz Culver 25,000-pound line pull tugger used in anchor-handling operations was added. To assist in anchor handling, a Triplex H-300-S "shark jaw," an automatically operated grasping device that controls chain or cable, was installed.

Other modifications include the addition of a more powerful Fritz Culver/Brattvaag towing winch equipped with chain handlers and having a line pull capacity of more than 400,000 pounds. Wire storage reels with a central power source were also added. The addition of 16 feet to the vessel's length increased its speed from 13 to 15.5 knots.

The Hatch Tide was built in 1982 by Halter Marine's Lockport, La., yard to provide a full range of services to international oil companies and offshore drilling contractors.

In addition to owning and operating one of the world's largest fleets of vessels supporting the offshore oil and gas industry, Tidewater is also active in oil and gas exploration and production, and in the air and natural gas compression business, as well as real estate and insurance. 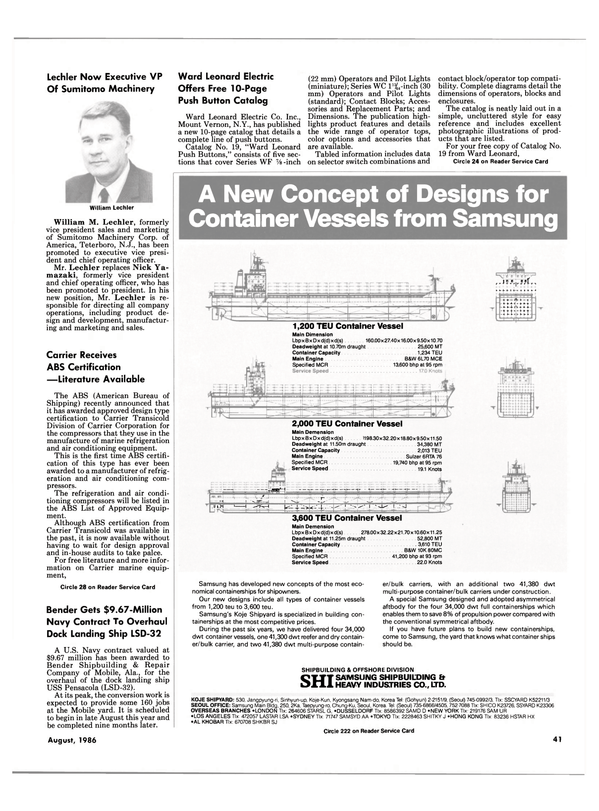