Robert J. Riggins has been appointed to the position of head of ship design and fleet support. Before joining JJH Inc., he was the ship design director for NavSea, where he performed and directed design work for submarines, surface ships, aircraft carriers, amphibious ships, hydrofoils and surface effect craft for the past 28 years. His technical specialties include design of deck systems, hydraulic power systems, ship hydrodynamics and aerodynamics, and ship motions.

Erwin K. Straubinger has been appointed to the position of senior project engineer. He recently supported the Naval Sea Systems Command Ship Design Group in the development of ship design policies and procedures documentation.

Prior to that, he worked as the acting director, Naval Architecture Sub-Group and as the director, Weight Division, where he supervised preparation and evaluation of weight estimates, formulated weight control policy and weight engineering criteria, and sponsored research and technology tasks associated with weight engineering.

Victor R. Burnett Jr. has been appointed to the position of naval architect. He will be directly responsible for the development of documentation defining ship design process policy and procedures. He has over 34 years' experience in the ship design and specification field at NavSea with his most recent position being director, Engineering Standards Sub-Group responsible for the development of ship and equipment specifications and standards as well as data management. 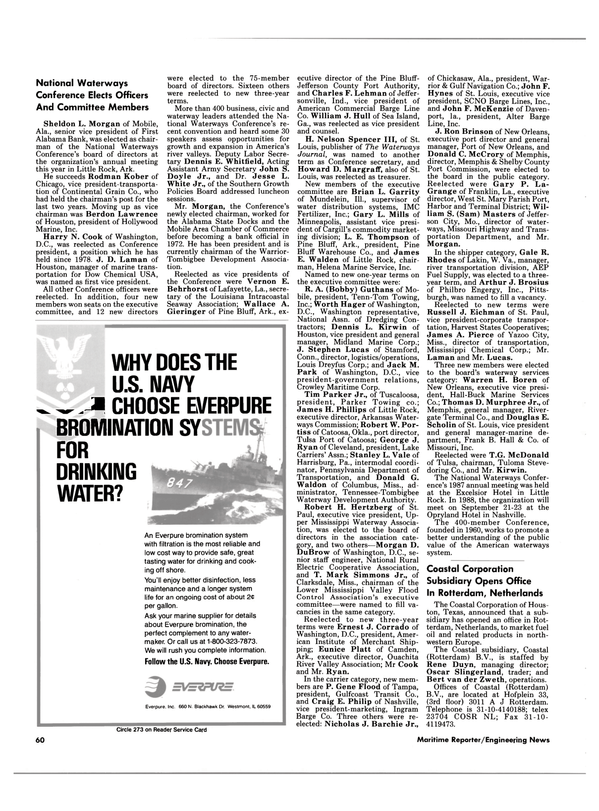