Mrs. Sybil Bailey Stockdale, the ship's sponsor, who christened the Avenger June 15,1985, attended the ceremonies as an honored guest.

Her husband, retired U.S. Navy Vice Adm. James B. Stockdale, was the principal speaker at the commissioning.

Other dignitaries at the commissioning ceremony were: Vice Adm.

The Avenger displaces 1,300 tons and carries a crew of 81 officers and enlisted men.

The introduction of the new Avenger Class into the Navy's active fleet will enhance its surface minehunting, minesweeping and mine neutralization capabilities due to the installation of sophisticated mine warfare equipment.

For free literature on the shipbuilding and ship-repairing capabilities and facilities, C i r c l e 2 3 on Reader Service Card 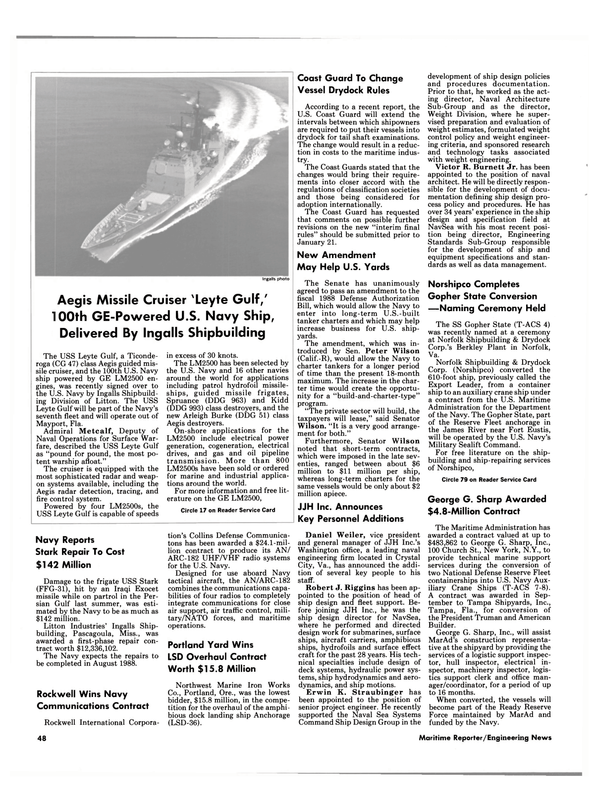