Washburn & Doughty Assoc. recently delivered Surrie Moran, the last vessel in a six-boat contract, to Moran Services Corp. in Greenwich, Conn.. The Surrie Moran is a 92 x 32 x 14 ft. (28 x 9.7 x 4.2 m), 4,000 hp Z-Drive that will join the other members of the Marci Moran Class in Norfolk, Va., where it will be used to fulfill Moran's contract with the Military Sealift Command.

Moran vice president, Jim Coyne (whose wife Surrie Coyne christened the tug) said: "I want everyone to know that Moran is very happy with the six boats that were built here. The Navy has put them in all types of different positions and made sure they're versatile...

The boats have worked great-the crews love them; we love them; and the Navy loves them. We're very pleased and that's why we're going to build another one here." The contract for the next Z-Drive tug Coyne referred to was signed on July 17, 2000. Like the Marci Moran Class tugs, this vessel will measure 92 x 32 x 14 ft., and be powered with two EMD engines. Construction has begun and a delivery is scheduled for the second quarter of 2001. 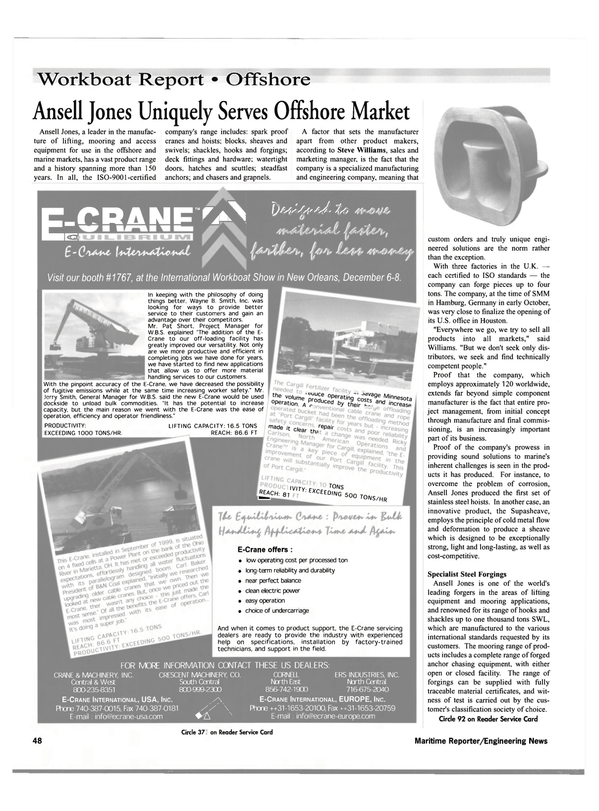