Tribon Solutions has signed a $ 4.5 million, 3-year contract with Daewoo Heavy Industries to supply and implement the Next Generation of the current Tribon M1 product on Windows NT. This Tribon Mx Series development will lead to Tribon M2 and Tribon M3 systems.

This contract is based on the already successful implementation of Tribon at Daewoo for commercial hull design and the complete use of both hull and outfitting functions at Daewoo Special Ships Division for in particular the Korean KDX1 Frigate and some recent orders for Passenger RoRo vessels.

The results from this contract will allow Daewoo to carry out their CAD Unification Project, which has the goal of using one system for their complete design work. Daewoo will step by step over the contract period implement the Tribon system for the complete commercial ship design process and replace their older systems. 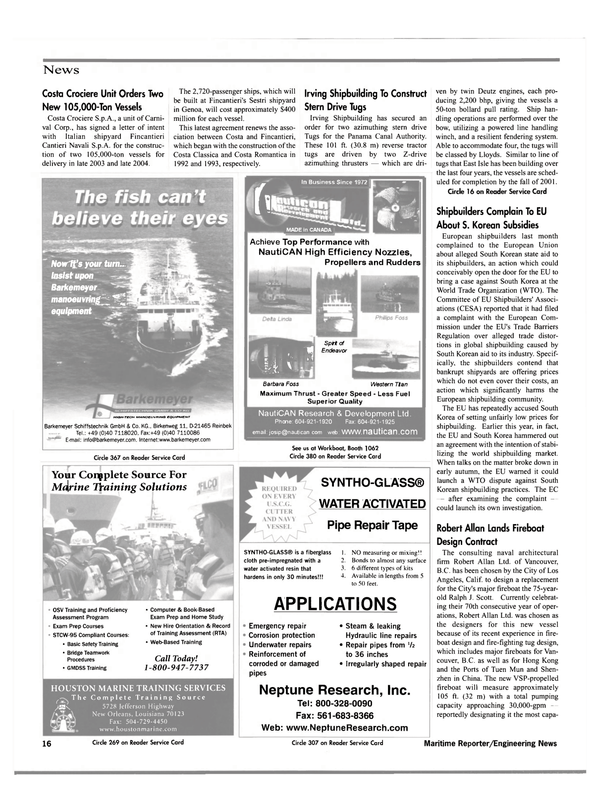