The floating rig market was showing signs of stability in many of the world's major drilling basins. However, reports Offshore Data Services, demand for older, second-generation units continues to lag. Worldwide, 149 of the existing 179 floating drilling rigs are under contract and fleet utilization for these rigs is 83.2 percent. In its previous Offshore International Newsletter Market Outlook on floaters, which was published in July, utilization was 82.1 percent with 147 of the existing 179 floating rigs under contract. Activity may slack off in the closing months of the year as oil companies formulate their drilling plans for next year. With this in mind, closing out 2000 with utilization still in the low- to mid-80 percent range will place floating rig contractors in prime position to capitalize on expected E&P budget increases.

Second-Generation Semis Demand for second-generation semis has changed little since July, and utilization remained around 70 percent. In the U.S. Gulf this segment was signing contracts to work for $30,000 to $35,000 per day. In July, these rigs were making anywhere from $27,500 to $46,500 per day. Day rates are similarly mixed in the North Sea, where second-generation semis are signing new deals for $39,500 to $44,500 per day, compared to about $41,000 per day in July.

Fourth-Generation Semis Utilization is 100 percent with all of the world's 34 fourth-generation semis under contract.

However, day rates have moved very little due to the long-term nature of the contracts for these high-specification rigs. In the Gulf of Mexico, day rates increased slightly. Fourthgeneration semis in the region are signing contracts specifying day rates between $50,000 and $125,000. In July, the day rate range was from $49,000 to $139,700.

DP Drillships The DP drillship market has changed little, as with no rigs available for immediate work, utilization effectively is 100 percent. A couple of contract rollovers have taken place, leading to day rate increases. In the U.S. Gulf, DP drillships are signing contracts for about $ 130,000 per day, compared to about $ 118,100 per day in July. (Source: Offshore Data Services) 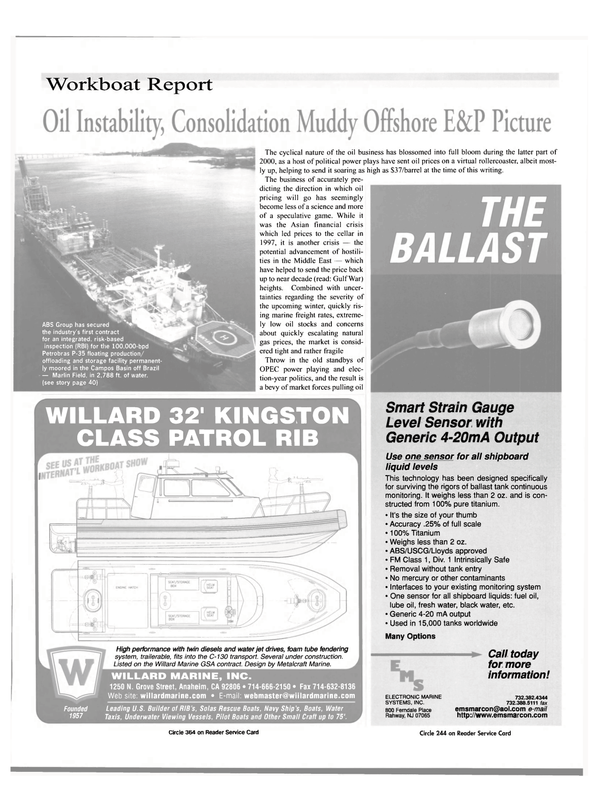