Debate surrounding one of the worst Greek sea tragedies in decades will continue for years, likely resulting in changes to ferry design, outfitting and/or crew training.

In the wake of the sinking of the Express Samina, which resulted in the death of 80 of its 525 passengers, the Greek cabinet devised a plan to withdraw some 105 aging vessels from the island ferry business by 2006.

While commercial opportunity is obviously not the first thought in the wake of such tragedy, the prospects of replacing more than 100 passenger vessels will be of interest to the international shipbuilding community. The cabinet also agreed to open up the market to foreign operators in 2002, two years earlier than planned.

The Express Samina ferry sank when it hit a well-charted islet just before reaching the Aegean island of Paros. Shipping officials have partly blamed the disaster on the near-monopolies that have developed in the Aegean, saying competition would improve the quality of ships and services. In the weeks following the accident, more than 60 vessels were restricted to port pending safety system upgrades.

While the action initially resulted in the protest of the Greek ferry owning community — as it felt it was being vilified for a one-off incident — most of the vessels are sailing once again and calm seems to have returned.

A bill is expected as early as this month which would liberalize sea transport in Greece, a liberalization which could begin as early as 2002. Measures regarding ship age, seaman training and education, and safety equipment onboard are likely to follow. 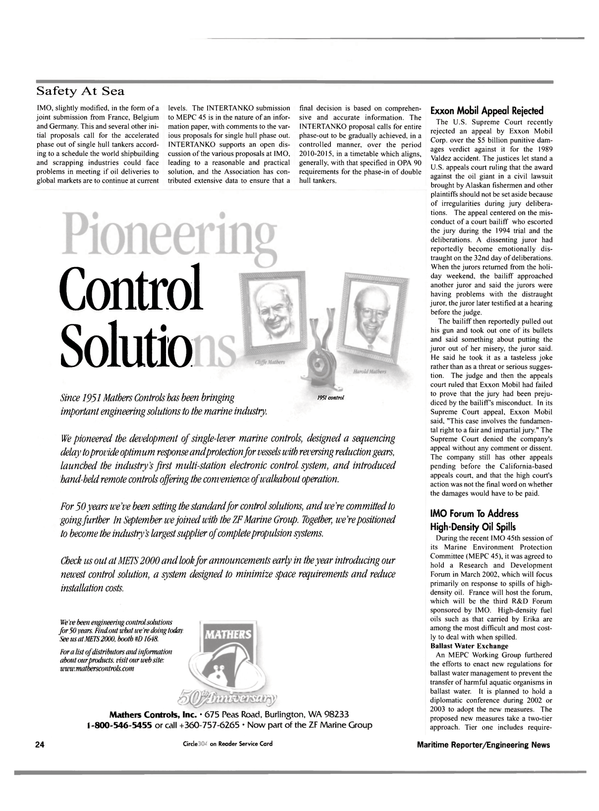