Prior to its meeting in London, the Council of the International Association of Independent Tankers Owners (INTERNATKO) called on IMO delegates to agree a single hull tanker phase out schedule which is reasoned and practical. The INTERTANKO position was endorsed by the Council at is Autumn 2000 meeting in Oslo on September 27-28, 2000.

The subject of single hull tanker phaseouts was discussed at the 45th Session of IMO's Marine Environment Protection Committee (MEPC 45) in London on October 2-6, 2000. The European Commission's proposals on the accelerated phase out of single hull tankers was the most controversial of a series of three initiatives it launched in the immediate aftermath of the sinking of the tanker Erika last December.

As a result of lobbying by a number of governments and industry bodies, including INTERTANKO, the EC agreed to pursue its proposals through IMO rather than introduce its measures solely as a regulation for EU member states. However, the danger of regional action being taken in Europe remains, should IMO fail to agree a solution deemed to be acceptable.

The initial EC proposal has reached IMO, slightly modified, in the form of a joint submission from France, Belgium and Germany. This and several other initial proposals call for the accelerated phase out of single hull tankers according to a schedule the world shipbuilding and scrapping industries could face problems in meeting if oil deliveries to global markets are to continue at current levels. The INTERTANKO submission to MEPC 45 is in the nature of an information paper, with comments to the various proposals for single hull phase out.

INTERTANKO supports an open discussion of the various proposals at IMO, leading to a reasonable and practical solution, and the Association has contributed extensive data to ensure that a final decision is based on comprehensive and accurate information. The INTERTANKO proposal calls for entire phase-out to be gradually achieved, in a controlled manner, over the period 2010-2015, in a timetable which aligns, generally, with that specified in OPA 90 requirements for the phase-in of double hull tankers. 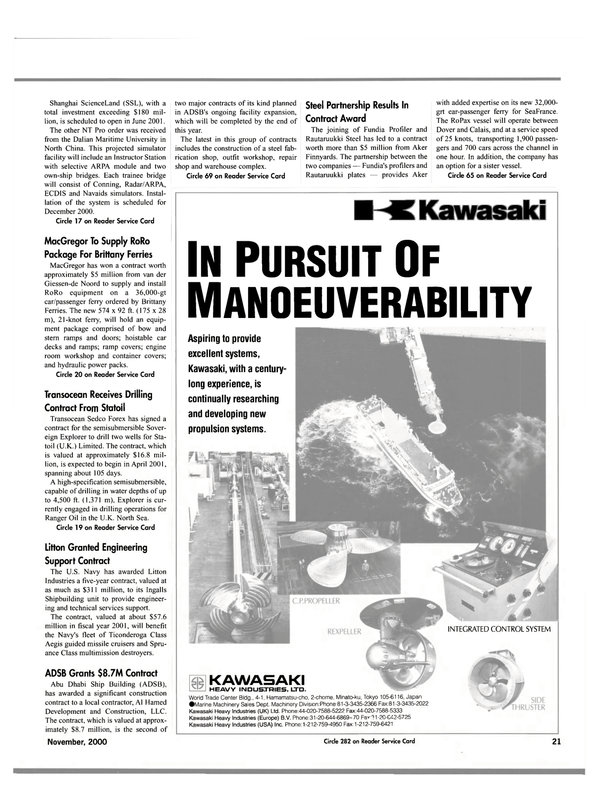 Read INTERTANKO Calls For "Reasoned Solution" In Wake Of Single Hull Phase Out in Pdf, Flash or Html5 edition of November 2000 Maritime Reporter