In joining forces with Consilium, L-3 Communications' HVR is scheduled to be installed on the world's largest cruise ferry, Ulysses, which is owned and operated by Irish Ferries, on May 3. The installation marks the first active deployment of L-3's HVR.

The capsule, which is designed to withstand the harsh environments of ocean going ships, including those environments associated with an accident such as impact, deep-sea pressure and fire, is housed with an underwater locator beacon, the HVR can be easily located if deep-sea immersion should occur.

L-3 developed its HVR in response to increased interest within the maritime community to improve safety at sea. In recognition of this concern/interest, the IMO passed regulations, which will require RoRo ferries, passenger ships and large cargo vessels to be outfitted with crash survivable recorders.

L-3's HVR meets and exceeds all of the specifications for crash survivable recorders contained in the IMO regulations.

"This initial delivery represents the beginning of a global initiative to increase the safety of ocean going vessels. 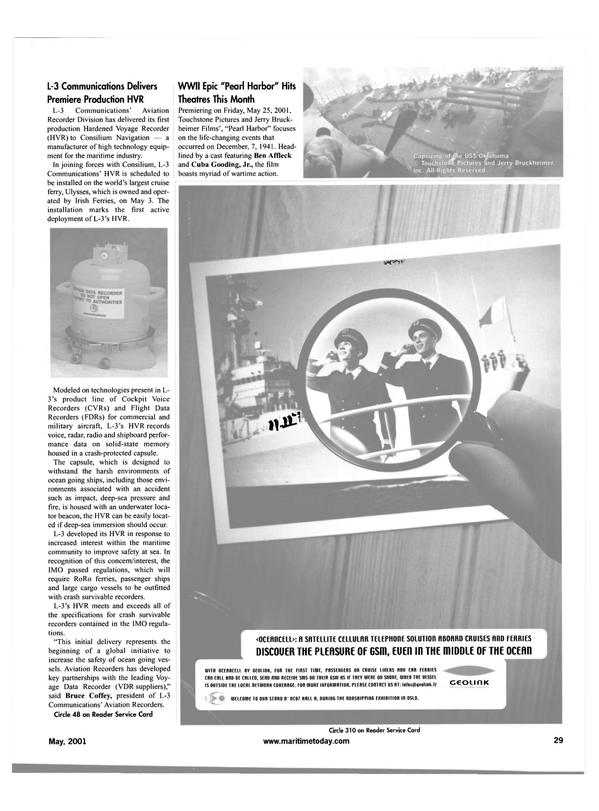