Reintjes presented its IPP System (Integrated Propulsion Package), jointly developed with Lips, for the first time in Germany more than two years ago. It marked the largest product offensive in the history of the company, and marked a vast expansion of its propulsion prod- ucts, particularly in the workboat market.

One of the company's initial successes was with an order for gears from Trasmediterranea of Spain. To stay competitive, the company initiated a large fleet renewal program, ordering a pair of fast (23 knot), large (564 ft. (172 m)), as well as a 508 ft. (155 m), 22-knot RoPax. The ferries are outfitted with Reintjes DLGF 8890 series twin gears, and the RoPax is outfitted with two Reintjes twin gear of the DLGF 7790 series.

The fast craft niche, in fact, has been a lucrative one for the company, as the Reintjes VLJ 6831 is featured on the fast cat ferry Millennium built by Incat for Trasmediterranea. This year the company will also deliver gears from its VLJ series — a series with outputs up to 11,000 kW — in orders totaling more than $5 million. 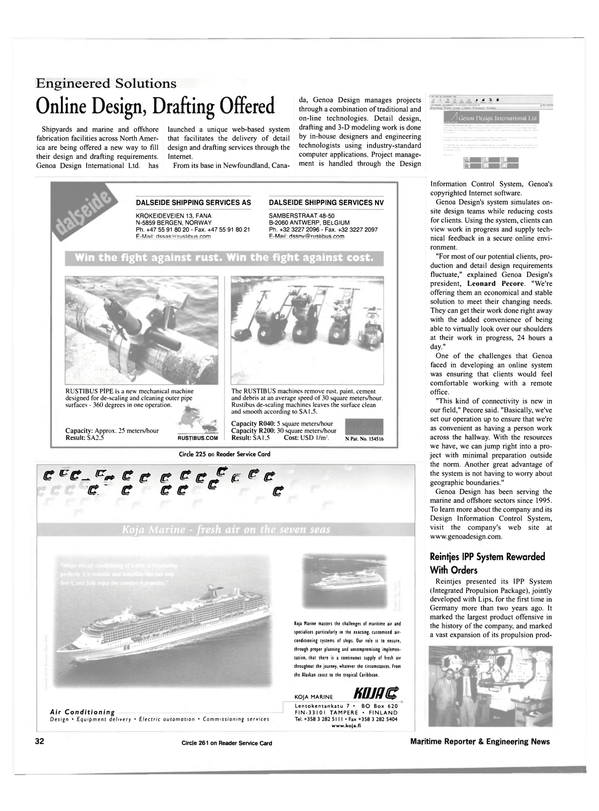