Ronald Reagan sailors, Northrop Grumman Newport News shipbuilders and NAVSEA and Supervisor of Shipbuilding personnel worked side-byside testing systems to ensure the warship can operate for the next 50 years.

W. "Bill" Goodwin, reiterated to the vessel's crew the importance of their role onboard this prolific vessel. "Be ready mentally and physically for the next event on the schedule. Keep the focus and level of professionalism in everything we do during sea trials. You are the plank owner crew of the newest nuclear-powered aircraft carrier in the greatest Navy in the world." Named after America's 40th president, Reagan is the ninth Nimitz-class aircraft carrier built by Newport News and the first carrier named for a living president. The keel of Reagan was laid Feb. 12, 1998, and the ship was christened at Newport News March 4, 2001. The vessel is scheduled for delivery to the Navy in June 2003. 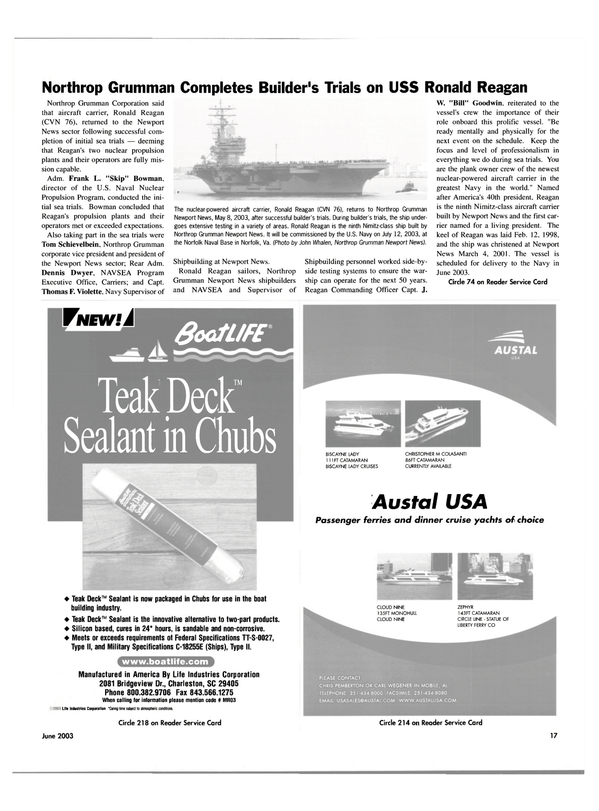