After 39 years of service to NOAA and its predecessor agency, the U.S. Coast and Geodetic Survey, the NOAA ship Whiting was decommissioned in May 2003 at its home port in Norfolk, Va. The ship has been an essential part of the NOAA fleet, working in support of NOAA's mission to ensure safe navigation of the nation's coastal waterways.

Whiting boasted the most technologically advanced hydrographic survey platform in the world. Outfitted with modern multibeam echosounders and side-scan sonars. Whiting and its launches efficiently and rapidly completed surveys for the safe navigation of the nation's maritime commerce. The data storage for survey data was close to two terabytes — one terabyte equaling 1.000 gigabytes. Nine workstations allowed survey personnel to process the data with state-of-theart software and create impressive 3D models of the ocean floor, side scan mosaics as well as imagery of historical wrecks like the USS Monitor. In addition to hydrographic surveys, it was used for oceanography, fisheries research and homeland security surveys. 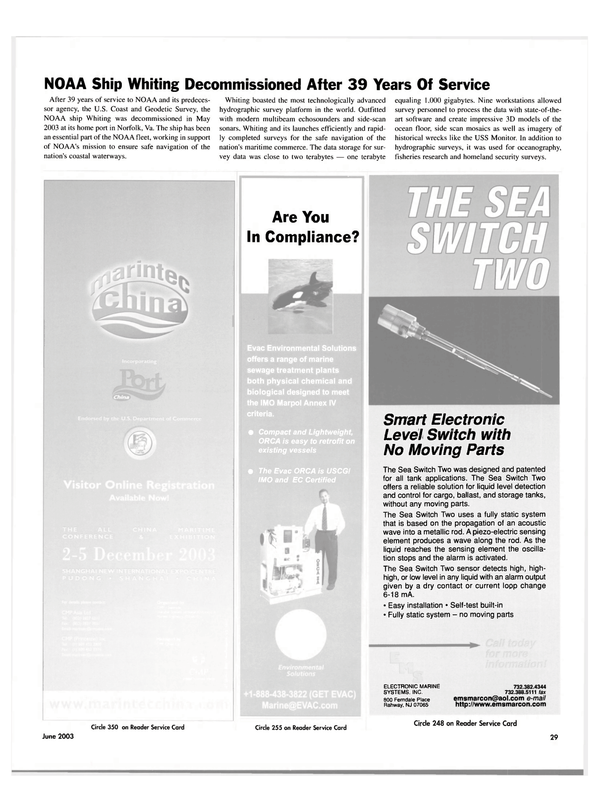