Recent orders for Wartsila 50DF dual- fuel engines for two LNG carriers, eight engines in all. are no coincidence. This engine type promises benefits for LNG operators including larger cargo capaci- ty, lower fuel consumption, higher flex- ibility in operation, and lower emis- sions. Gaz de France is the first to take the plunge. Until now, steam turbines have dominated as propulsion machinery for LNG carriers, with their apparent reliability and the ease with which they can burn the boil-off gas from the ship's cargo tanks while at sea.

The low fuel efficiency of steam turbines, however, has already encouraged almost all other shipping segments to switch to diesel-powered ships. As a result of both increased fuel efficiency and increased cargo capacity, an LNG carrier with dual-fuel electric machinery will deliver more natural gas to the offloading terminal even when gas is used as fuel throughout the voyage.

The ship, due for delivery in 2005, will be propelled by dual-fuel engines and electric propulsion. The heart of the system is four dual-fuel engines - three 12- cylinder and one six-cylinder Wartsila 50DF - giving a combined output of 39.9 MW.

The ship will be the largest LNG carrier in service. It will be employed to carry LNG from Norway or Egypt, but is also designed for the alternative of trading on the spot market. This is the second of two similar orders to Wartsila.

Once delivered later this year, Gaz de France Energy will be the first LNG carrier in service featuring this new propulsion system. The membrane-type vessel will be employed to carry LNG from Algeria to France. The service speed is 16 knots, which can be achieved with three of the four generating sets. Like its newer sister ship, the vessel is also designed for spot market trading, such as voyages to the USA.

"We have studied the specific requirements of the LNG trade to determine the desired characteristics of the optimum propulsion plant, and we have now developed a number of attractive solutions." Dual-fuel engines have so far been successfully applied in eight onshore power plants and a number of marine installations, including two FPSOs and two offshore support vessels. LNG carrier operators will be watching with interest when the first ship with Wartsila 50DF engines takes to the sea later this year.

Calculations from the engine manufacturer show that the earnings of a 145,000 cu. m. dual-fuel electric LNG carrier sailing between the Middle East and Japan will be several millions of dollars per year higher than the annual earnings of a steam turbine powered ship of the same size.

The Wartsila 50DF, derived from the Wartsila 46 diesel engine, is a true dualfuel engine, using low-pressure natural gas as primary fuel. The engine can be run alternatively in gas mode or liquid fuel mode. It is also fully capable of switching over from gas to liquid fuel (marine diesel oil) automatically should the gas supply be interrupted, while continuing to deliver full power. When running on natural gas, ignition is triggered using a very small quantity of liquid fuel. Marine diesel oil can be used as a secondary fuel.

Gas fuel is supplied at a low pressure (less than five bar) to the engines. In gas mode, the Wartsila 50DF engines operate according to the lean-burn Otto process. Gas is admitted into the air inlet channels of the individual cylinders during the intake stroke to give a lean, pre- mixed air-gas mixture in the engine combustion chambers. Reliable ignition is obtained by injecting a small quantity of diesel oil directly into the combustion chambers as pilot fuel which ignites by compression ignition as in a conventional diesel engine. The Wartsila 50DF engines use a 'micro-pilot' injection with less than one per cent of the fuel energy being required as liquid fuel at nominal load. Electronic control closely regulates the 'micro-pilot' injection system and air-gas ratio to keep each cylinder at its correct operating point between the knock and misfiring limits. 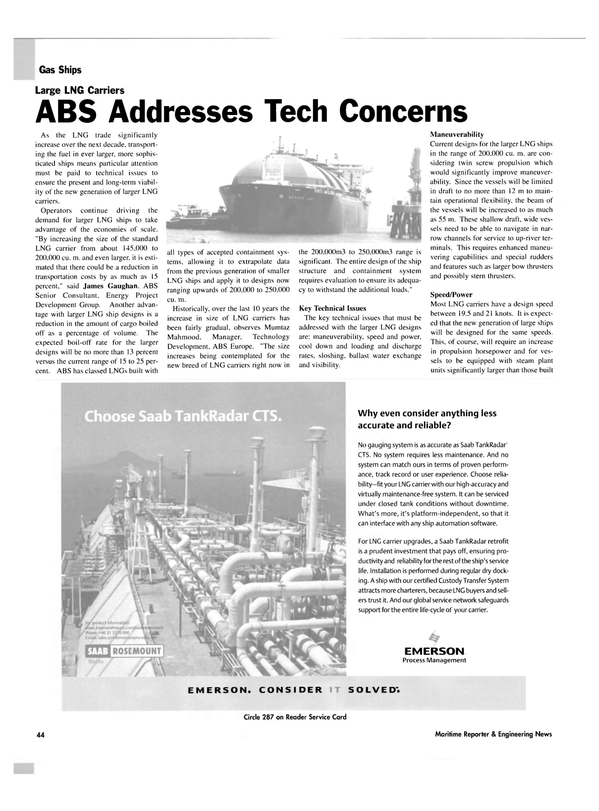