On March 30, 2004, the parbuckling of MV Rocknes in Agotnes, Norway, was completed by SMIT Salvage. After two months of preparations, a two-daylong unique operation ensued as the vessel was pulled upright from its upsidedown position. The salvors used the Dive Support/Salvage Vessel SMIT Orca. two immersion and salvage pontoons mounted on a semi-submersible flattop barge which together supported the pulling winches, and a supporting barge. On March 28, after pulling the vessel into this 130-degree gradient, salvors pumped water out and air into the vessel in order for it to reach its original draft depth. A team then proceeded with the conservation of onboard instruments and machinery, while the salvors sprayed parts of the vessel with anti-corrosion material. The Rocknes is a 544.6 ft. Dynamic Positioned Flexible Fallpipe Vessel that capsized in January 2004 after hitting a shallow in the Vatlestraumen strait near Bergen, Norway. In this accident, 18 crewmembers lost their lives. 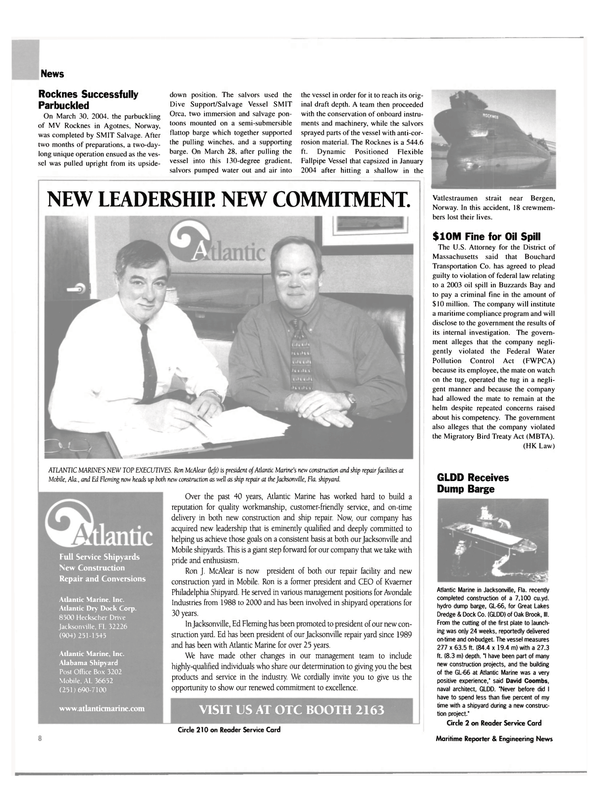