"Through extensive and detailed investigative efforts, we have reduced vulnerabilities to terrorism by preventing the fraudulent use of credentials by those who seek to harm our nation and its citizens," said Admiral Thomas H.

C o l l i n s , Commandant of the Coast Guard. "This is a great example of interagency cooperation in the war on terror.

Using our combined resources and expertise, we will continue to make America safer and more secure." The Coast Guard, working with the Federal Bureau of Investigation and other interagency partners, examined the records of over 200,000 individuals who hold a U.S. merchant mariner credential to identify potential terrorist links and detect document fraud. In addition to the nine individuals possibly associated with terrorism, the Coast Guard identified thousands of cases of possible fraud or other problems, including mariners with active arrest warrants. In response to this information: • The Coast Guard is suspending and revoking unauthorized credentials.

• About a dozen people have been arrested because of active arrest warrants that were uncovered as a result of Operation Drydock.

Navy worked together to screen mariners serving on Military Sealift Command ships carrying troops and material during the war in Iraq. More than a dozen mariners were removed from service aboard those vessels. 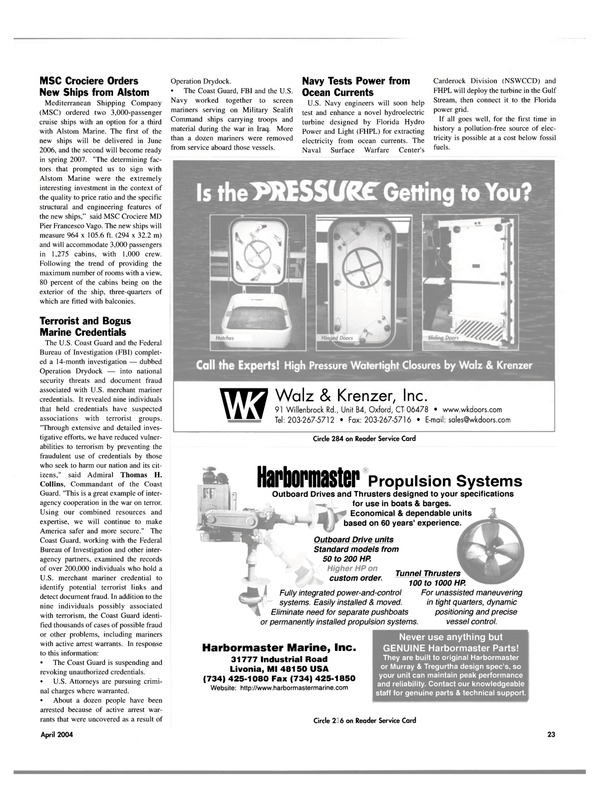