Expanding the Suezmax fleet and greater involvement in carrying oil products are among the ambitions being pursued by theTeekay Tanker Services (TTS) business unit of Teekay. "At the same time, we're working to expand our strong Aframax position," said TTS Vice President Peder Farmen. who heads the product transport sector of TTS from the group's Norwegian office in Stavanger.

Teekay's conventional shipping operations in Norway have further diversified the company's fleet, the majority of which is comprised of Aframax vessels. Since Teekay's acquisitions of Bona Shipholding in 1999, Ugland Nordic Shipping in 2001 and Navion in 2002, Teekay has established itself as a leading tanker operator in the North Sea and Atlantic, in addition to the Pacific. The group now owns and operates a fleet of approximately 100 conventional tankers and has chartering offices in Connecticut. Houston.

Teekay's conventional shipping business in Stavanger derives from Navion, which was established in the late 1970s as a support function for the growing crude sales of the Norwegian oil company, Statoil. Over two decades, Navion developed into one of Norway's largest shipping companies. Its main markets were in the North Sea and the Atlantic basin. While TTS is led from Vancouver. Canada, approximately 30 staff at the Stavanger office are involved in the business development, chartering and post fixture operations together with a team in London.

Most of the conventional tankers operated by Teekay from Norway are chartered from shipowning companies - some for periods as long as 10 years. The fleet comprises 32 double hull ships with an average age of less than four years.

The main traffic areas are northwestern Europe and the North Atlantic, but Mediterranean and West African destinations are also served. 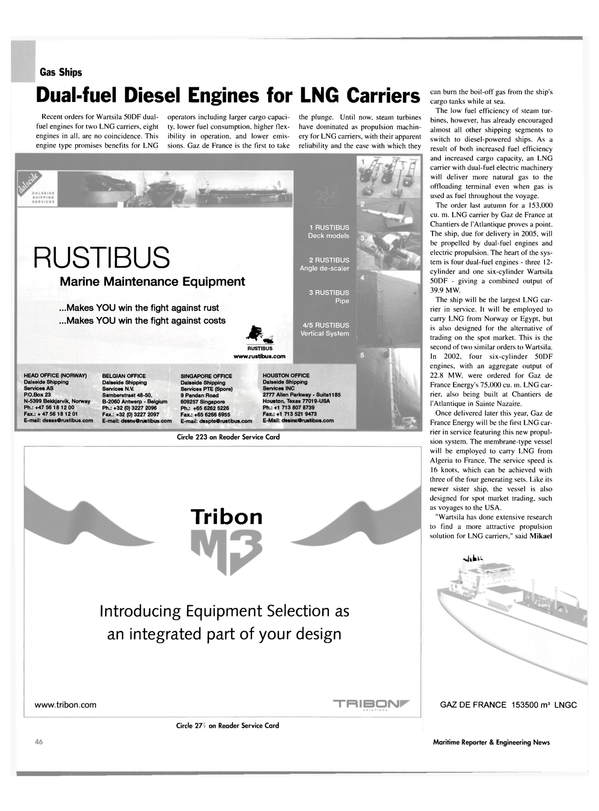