Lift capacity
48,000 tons for topsides using eight sets of horizontal lifting beams, at 6000-tons each, across the slot for removal or installation of topsides. 25,000-tons for jackets, using two tilting lift beams on the stern for lifting and laydown. 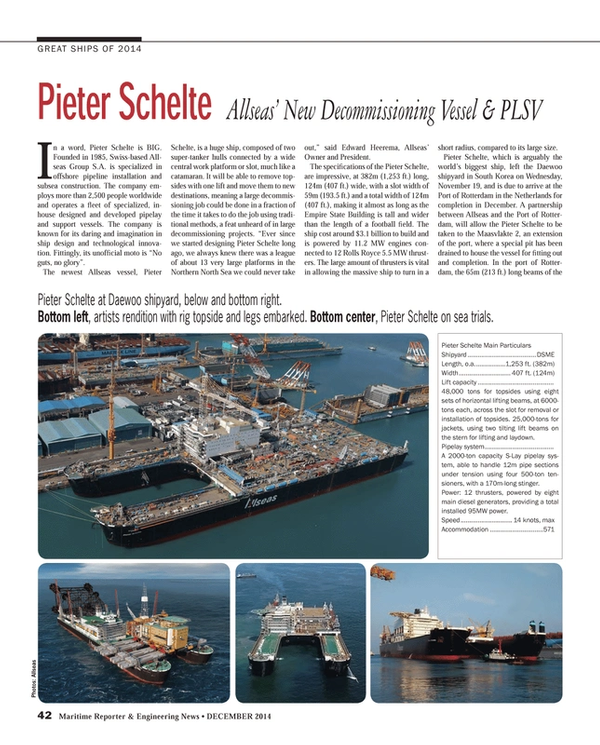