The National Security Cutter James (WMSL 754) sailed away from Huntington Ingalls Industries’ (HII) Ingalls Shipbuilding division on Sunday, July 12, one month after being delivered to the U.S. Coast Guard, HII announced. The newbuild vessel James was commissioned on August 8 in Boston before heading to Charleston, S.C., where it will be stationed alongside Ingalls’ fourth NSC, Hamilton (WMSL 753). The shipbuilder has delivered five NSCs so far, with two more under construction. An additional construction contract for an eighth NSC was awarded to Ingalls earlier this year. NSC 5 is named to honor Capt. Joshua James, one of the world’s most celebrated lifesavers. His lifesaving experience began at age 15 when he joined the Massachusetts Humane Society. Over the next 60 years, he was credited with saving more than 600 lives. When he died at age 75, he was still on duty with the U.S. Life-Saving Service, which later merged into the U.S. Coast Guard. NSCs are 418 feet long with a 54-foot beam and displace 4,500 tons with a full load. They have a top speed of 28 knots and a range of 12,000 miles. 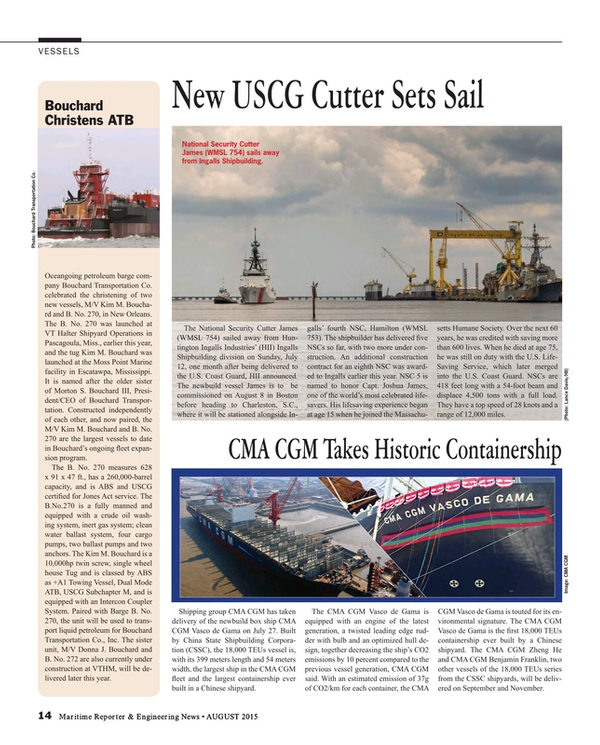