During its first commercial application, the newly developed Vibro Lifting Tool (VLT) of CAPE Holland has successfully installed four piles in up to 90m water depth. This installation is part of the pre-piling project for the Culzean Wellhead Platform jacket which will be installed next year. The VLT was used as a stabbing tool to install all four piles in one sequence to stable depth through a template without any tool change. Negating the need for a tool change meant it was possible to install all four piles in just one 12 hour shift to the predicted penetration depths, which resulted in a significant time saving.

CAPE Holland’s CEO Laurens de Neef said, “This is a major milestone for our company and has once again shown the potential of the VLT by demonstrating that this approach contributes to improved productivity and safety. It increases the pile installation rates by optimizing crane handling operations with an added advantage of reducing the amount of required equipment on deck.” He added, “I am very proud of our team, who have worked extremely hard over the past year to develop the VLT for its first application.” 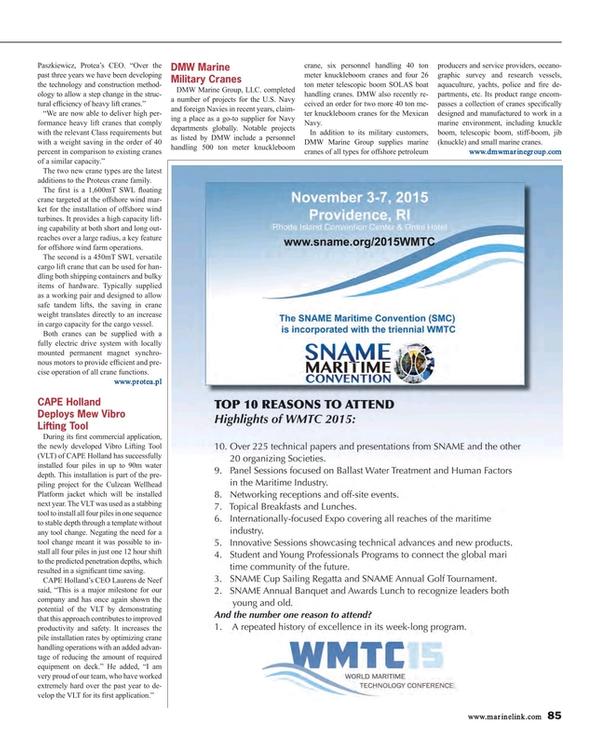