Gielle presents a  new installation on the base of Novec1230 fluid firefighting system for extinguishing fires in engine rooms, pump rooms, transformer rooms and electrical rooms, for ship and offshore applications.

The Gielle firefighting system can replace, without significant modifications, older systems using Halon, Halotron IIB, carbon dioxide and water mist on board ships. The firefighting system designed by Gielle has passed approval tests and has certifications and approvals from most of the major classification societies. The Gielle solution can detect the development of the fire in a few seconds, extinguish it automatically and rapidly and, as a result, limit damage to a minimum. It also has a series of benefits for the environment and in other areas.
www.gielle.it 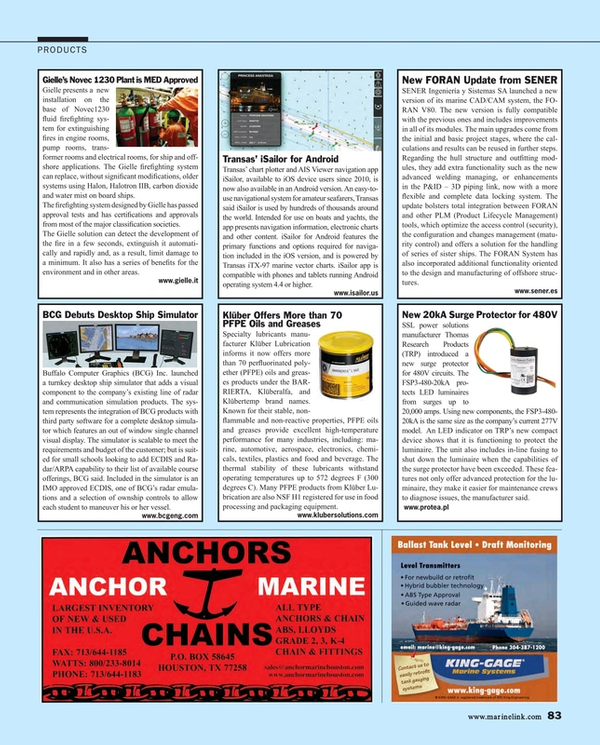