The Chesapeake Section of The Society of Naval Architects and Marine Engineers held its fifth meeting of the 1976-77 season at the Officers Club of the Washington Navy Yard in Washington, D.C. The meeting included the presentation of two papers on unsteady propeller hydrodynamics.

The presentation of the papers followed a social hour and dinner attended by about 70 members.

The technical session was moderated by Dr. William Morgan of the David Taylor Naval Ship Research Development Center. The first paper, entitled "A New Procedure for the Calculation of Unsteady Forces on a Marine Propeller," was presented by Robert F. Roddy Jr. of DTNSRDC. The paper described a relatively straightforward calculation procedure for the unsteady forces acting on a propeller operating in a nonuniform wake. The actual velocity distributions in the wake are used in the calculation of forces on the propeller blade at incremental positions around the propeller disk. Simplifications are made in the calculation of the instantaneous forces acting on the propeller blade. The author presented comparisons with experimental data which showed agreement which was comparable with that obtained using other calculation procedures. Dr. John Breslin of the Davidson Laboratory discussed the paper.

The second paper, entitled "Theoretical Prediction of Cavitation on Propellers," was presented by P. Van Oossanen of the Netherlands Ship Model Basin.

The adopted theory is suitable for application to nonuniform flows such as exist behind ships. Some primary effects associated with viscosity are also included, in particular the problem of Reynolds number scaling such as occurs when testing models in cavitation test facilities at speeds lower than at full-scale.

It was shown that the described theory leads to reasonable correlations with actual cavitation patterns for lightly—and moderately —loaded propellers. For heavily loaded propellers, such as those of tankers, tugs, etc., the calculated results were less satisfactory.

For minimizing the occurrence of cavitation in subcavitating propeller design, a long-standing experience in both the design and testing of propellers in cavitation test facilities is normally required.

With the use of the described theory, however, it is possible, by systematically varying design parameters, to arrive at a successful design in a straightforward manner.

In the paper, this was demonstrated by showing some results of parametric studies. 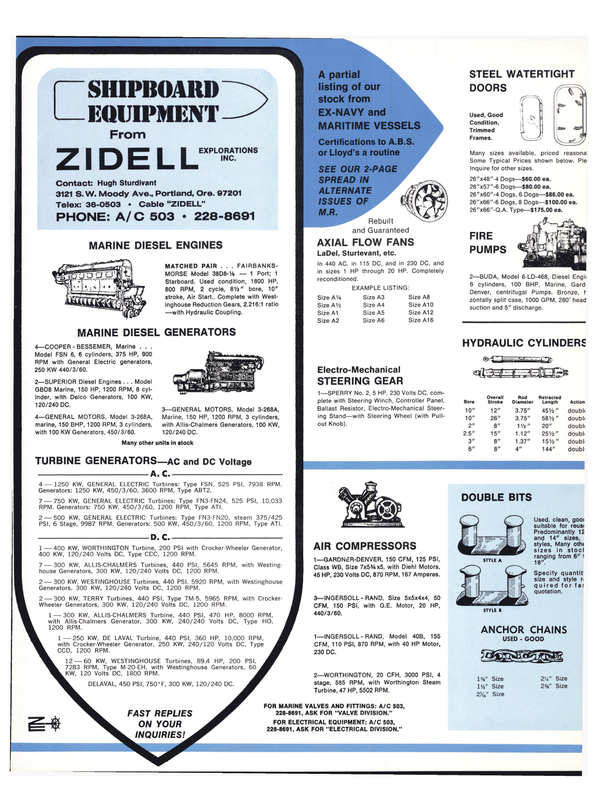 Read Chesapeake Section Of SNAME Hears Papers On Propeller Cavitation And Unsteady Forces in Pdf, Flash or Html5 edition of May 15, 1977 Maritime Reporter