EDO Corporation, pioneer producer of aviation, oceanographic and electronic equipment, has announced that it has named John H. Devine Jr. as president of the company's International Division, which is headquartered at College Point, N.Y. 11356. Mr. Devine succeeds Dewey A. Canessa, who has resigned.

Mr. Devine, who joined EDO International in 1970 as general manager and assistant to the division president, brings a wealth of marketing and technical experience to his new post. He had previously served as an engineer in the development of radar and sonar systems at EDO — from 1955 to 1958 — before he joined the Sperry Gyroscope Division of Sperry Rand, where as a senior research section head his activities were devoted almost entirely to sonar development, a good part of his time being spent at sea on experimental programs.

Mr. Devine, a native of Brooklyn, N.Y., holds bachelor's (1951) and master's (1957) degrees in electrical engineering from City College of New York. Prior to gaining his master's degree, he worked in the Material Laboratory of the New York (Brooklyn) Naval Shipyard as an electrical engineer for four years. He is a member of The Institute of Electrical and Electronics Engineers, Inc.

Founded in College Point in 1925 by Earl D. Osborn, to manufacture seaplanes and seaplane floats, EDO (Amex) is one of the world's leading producers of floats and sonar equipment. The company now has divisions and subsidiaries in Connecticut, New Jersey, Kansas, Texas, Utah and California, and sales representatives in many foreign countries. 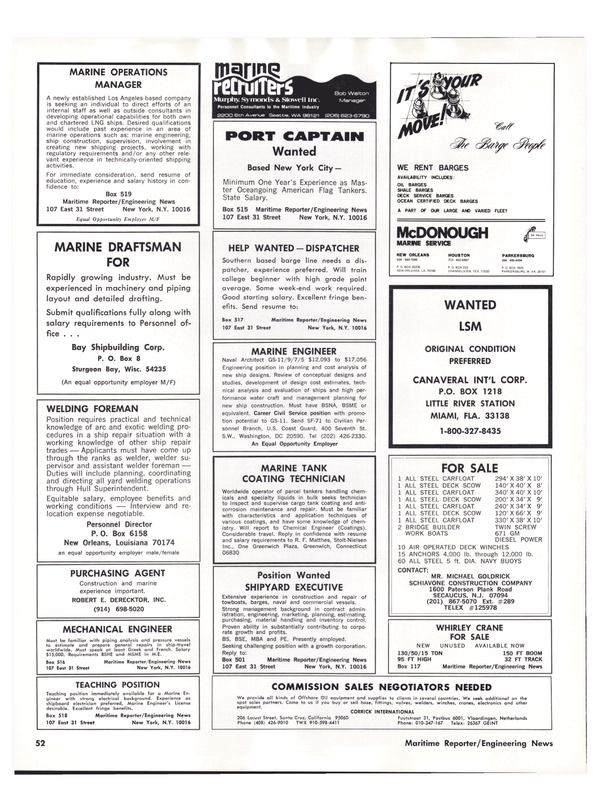