More than 16 of the world's most renown manufacturers of navigational aids and communications equipment recently displayed their wares at the first such Conference and Exhibit ever to be held in downtown Manhattan, New York City. The three-day exhibit, and the all-day seminars on those subjects conducted by panelists expert in their fields, was held in the Seamen's Church Institute and was sponsored by the Maritime Association of the Port of New York.

The two principal speakers at luncheons during what is planned to be an annual event, were: Adm. Sidney Wallace, USCG, marine transportation advisor to Transportation Secretary Brock Adams, who spoke on the need for more stringent adherence by vessels of over 15,000 tons to federal rules and regulations governing their operations in American navigable waters.

Charles Fisher, chief, Rules and Legal Branch, FCC, who spoke of his department's work in revamping many of the rules and regulations now in effect and its progress on formulating many new ones in the field of communications to promote safety at sea.

Questions from the floor were answered by the panelists and resulting discussions served to expand coverage of every facet of communications and navigation at sea. 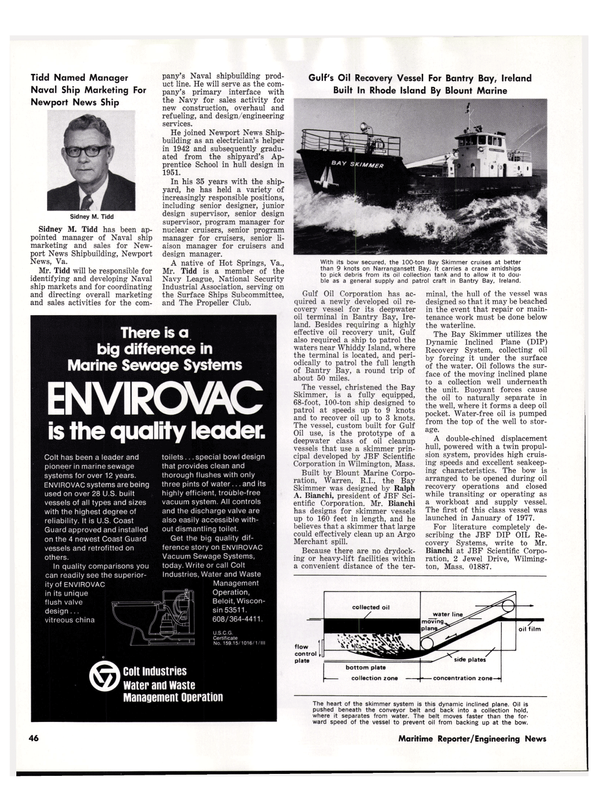