Mr. Richardson has been with Norfolk Ship for 34 years, serving as treasurer and director of finance. Mr. Eure is a graduate of Hampden-Sydney, and George Washington University, and has been with the yard for 16 years.

John L. Roper 3rd, president and chief executive officer, in his annual report listed sales in 1976 at $54 million, compared to $52 million in 1975. The sales in 1976 were nearly equally divided between government and commercial sales.

Mr. Roper expressed optimism for 1977, as the current work load was at an all-time high. He further stated that the new expansion of the Berkley (Va.) Plant would greatly increase sales. 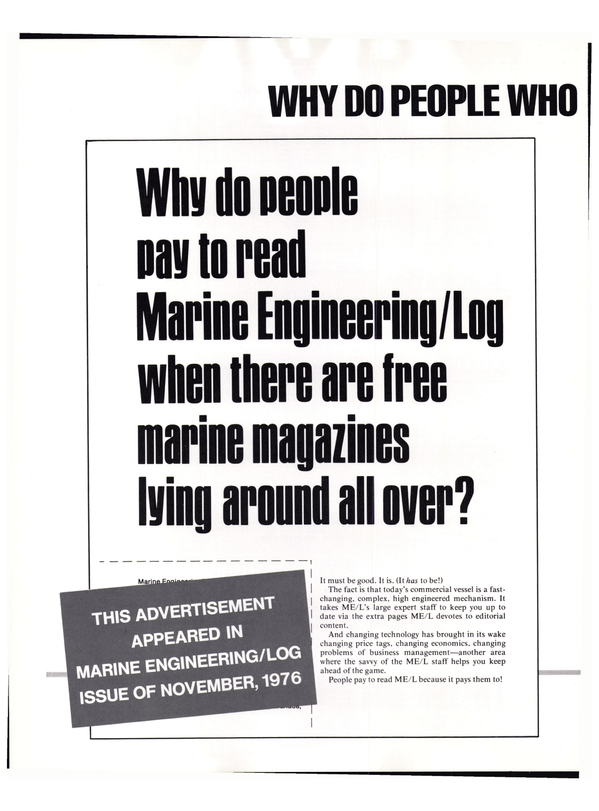