James R. Smith, president of The American Waterways Operators, Inc., Washington, D.C., has announced that 128 plant facilities were located along the waterways of the United States in the fourth quarter of 1976, creating nearly 25,000 permanent employment opportunities.

A total of 23,730 new jobs will be created by 39 of these plant locations, resulting in an average 608 employees per plant, the highest average ever recorded by AWO.

AWO records show that 40 of the plants were chemical and petroleum refining facilities, 33 were metal-producing plants, 10 were paper and wood-producing plants, five were terminals, docks and wharves, and the remainder consisted of general manufacturing and miscellaneous installations.

One of the major plantsite decisions of the fourth quarter was the headquarters of Monoflex International, which will be located in Emmett, Idaho, near the Snake River. The complex will include approximately 10 plants to be constructed over the next 18 months. The plants will be used in the manufacture of fireproof and weather proof insulating coating for walls and roofs. Employment at the facilities will reach 10,000 persons.

AWO president Smith stated that while all of the facilities recorded do not necessarily utilize water transportation, the availability of barge service results in a general reduction of the freight rate structure, an important factor in plant location decisions. 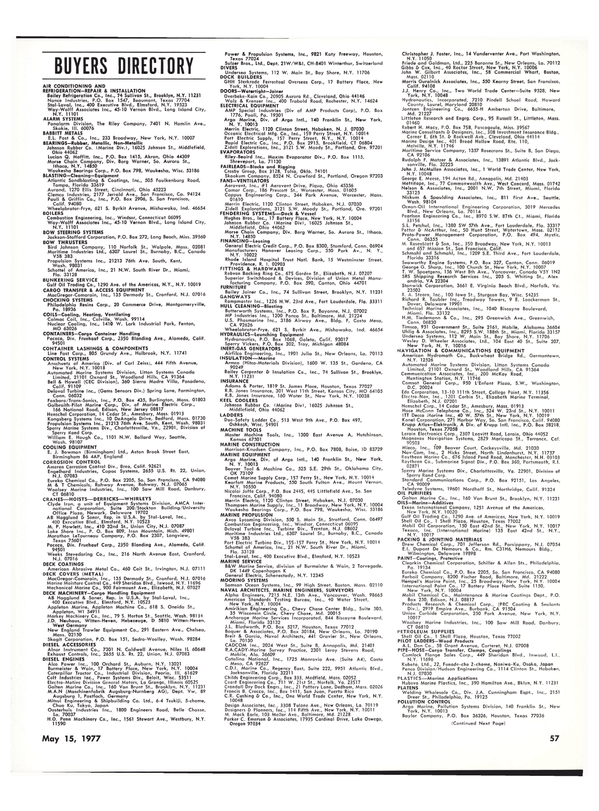 Read 128 Plant Facilities Located On Waterways In Fourth Quarter '76 in Pdf, Flash or Html5 edition of May 15, 1977 Maritime Reporter