Seatrain International is a wholly owned subsidiary of Seatrain Lines, and General Contracting is a member of the Olayan Group.

The new organization, according to John Lamar, president of Seatrain International, will service operators of containerships and other vessels at Saudi Arabian ports.

"With the completion of our terminal within the customs area of Dammam, we are in a position to offer shippers fast delivery of cargo throughout Saudi Arabia.

In the months ahead, we intend to establish and operate container terminals at other Saudi ports," Mr. Lamar said.

General Contracting is a major element in the construction equipment and transportation industry in Saudi Arabia.

The jointly owned organization will be managed by the Seatrain affiliate. 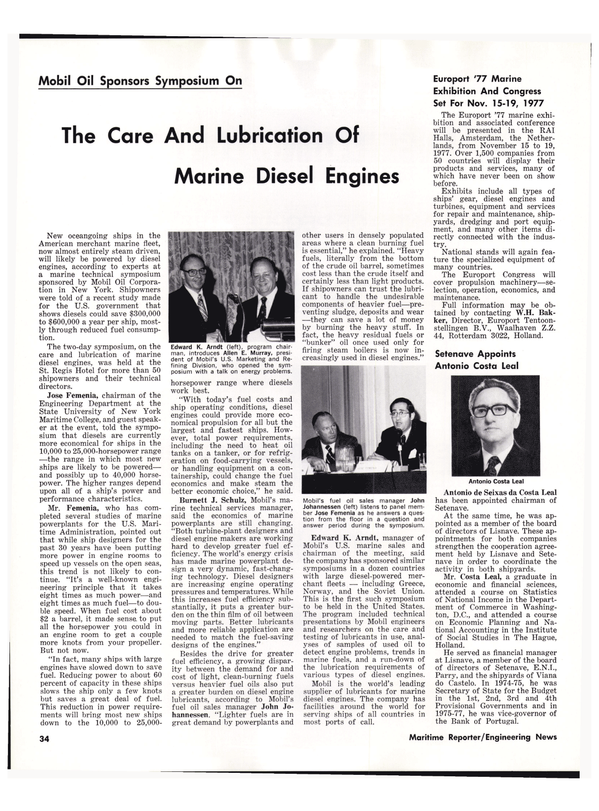