Hazeltine Corporation, Commack, N.Y., has announced the receipt of a $1.2-million U.S. Navy contract from Naval Sea Systems Command for the development of a digitally programmable c o m m u n i c a t i o ns buoy and buoy interface unit for use in submarine communications via satellite. The system, once developed, will be considered for installation on all SSN United States submarines.

This contract will permit Hazeltine, a leader in advanced sonobuoy technology and design, to apply and extend that technology in development of a new submarine communications system. System design and development will be performed primarily by the staff of Hazeltine's Anti-Submarine War- fare facility in Braintree, Mass. Analysis and design support will be provided by Hazeltine's Research Laboratories and Electronic Identification Product Line. 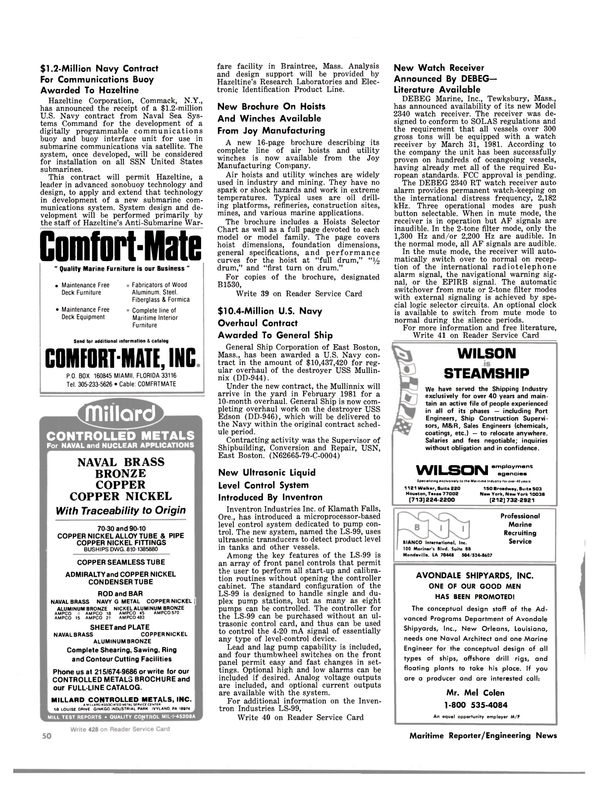