The oldest manufacturer of steam engines still operating in this country has announced an extension of the sizes available for both marine and stationary use. Skinner Engine Company of Erie, Pa., said that effective immediately the Skinner Marine Unaflow steam engines will be available in capacities from 400 to 15,000 horsepower. The stationary or industrial models of the "Universal Unaflow" engines are available in various capacities to 10,000 horsepower.

R. Dennis Whiting, company vice president, said that growing interest in steam engines for marine propulsion and electrical generation prompted the company to expand its line. Mr. Whiting said that even larger sizes would be produced on special order after consultation on the proposed application.

Stationary models of the steam engines are used to generate electricity, drive compressors and pumps, and supply power for a wide range of manufacturing processes. 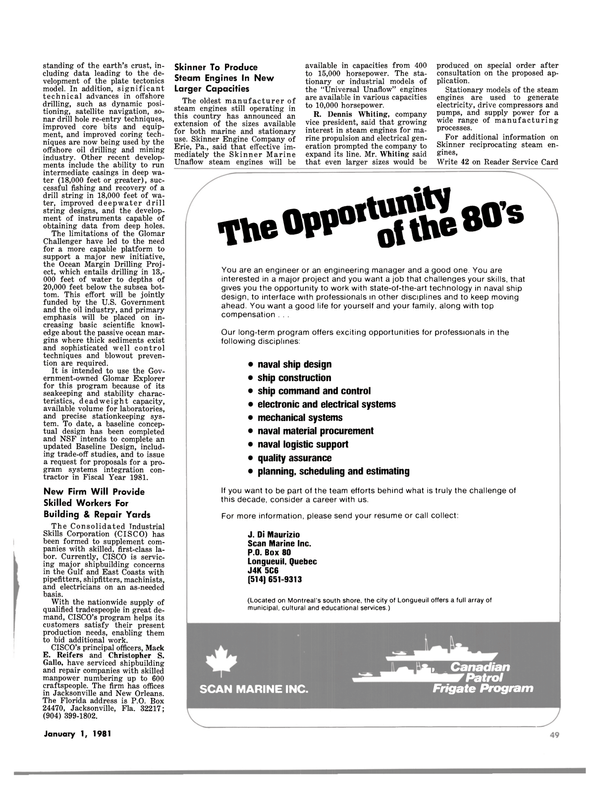