The Galveston Office of Designers & Planners, Inc. has been redesignated as the Gulf Coast Office, and has been relocated in Dickinson, Texas, midway between Galveston and Houston.

Monroe Levy, vice president and manager of the Galveston Office, retired from D&P on December 31, 1980. However, he will continue as a principal owner and director of the corporation, and will remain on the staff as a consultant to the firm.

Edwin F. Phillips has been appointed as the Gulf Coast general manager. In his new capacity Mr. Phillips will report to the executive vice president Wolfgang Reuter, and will manage D&P's activities in the Gulf Coast Area. The a n n o u n c e m e n t was made recently by Ferd Serim, president of the company. Designers & Planners is a firm of naval architects and marine engineers with offices in New York, W a s h i n g t o n , and D i c k i n s o n, Texas.

Mr. Phillips joined D&P in 1959 and held various positions with the company both in New York and Galveston, including the position of chief naval architect of the Galveston Office since 1969.

Prior to joining D&P, he was employed by Marine Computer Applications Corporation, Grumman Aircraft/Engineering Corporation, and the Shipbuilding Division of Bethlehem Steel Corporation. 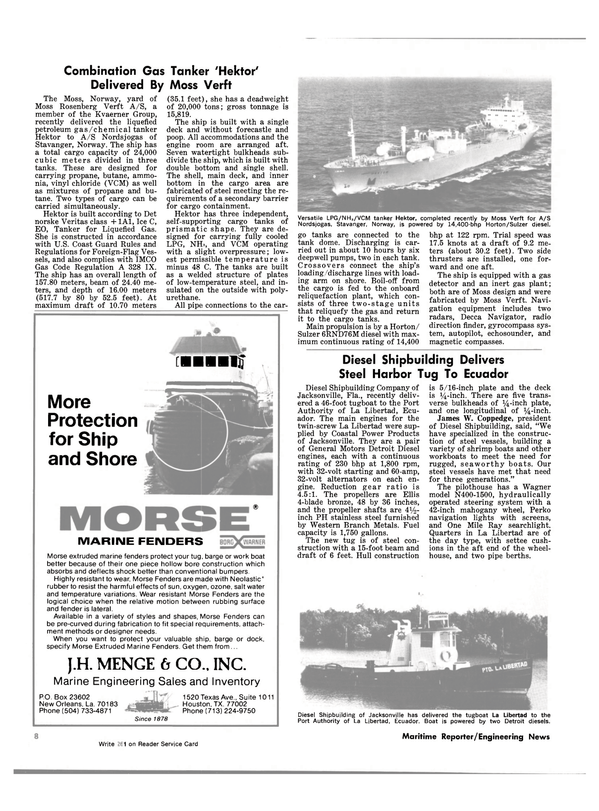