It is engineered for reliability, maintainability, and flexibility in a marine environment. According to Henschel, its use of existing shipboard signals makes retrofitting and use in new construction much easier than previous designs.

The 10-2550 series bell logger has a state-of-the-art microproc essor that provides increased performance and advanced logging capability. The use of microprocessor technology also simplifies customization for each application, thus ensuring optimum performance for the user. 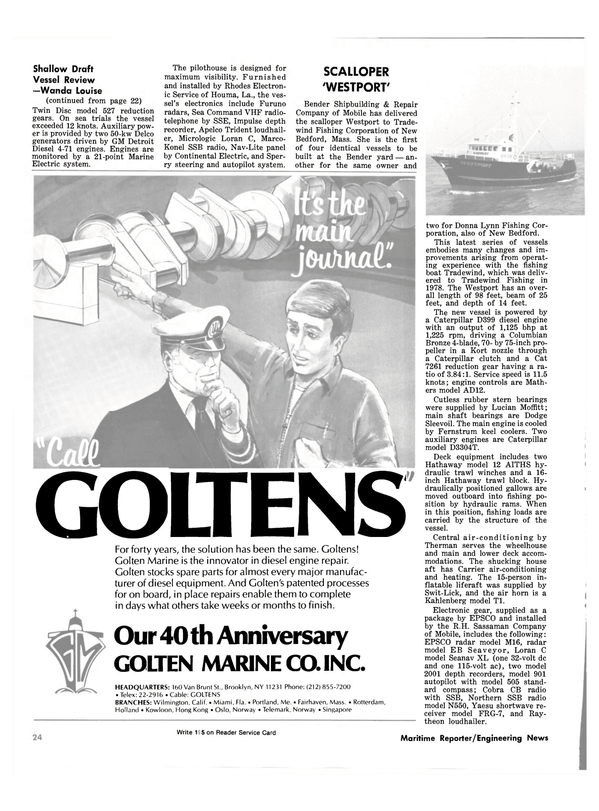