Overall dimensions of the triangularshaped rig are 200 feet by 186 feet by 23 feet. The 414-foot-long, square-truss legs allow the vessel to drill in water depths of 300 feet and to a maximum well depth of 25,000 feet. Design criteria of the cantilevered unit make it capable of operating under the harshest weather conditions. The unnamed jackup will be able to withstand winds of up to 109 knots and seas of 50 feet. Accommodations will be provided for a crew of 54.

This is the fifth in a series of jackup rigs to be built at Levingston. They provide further continuity in the company's plan to equally divide yard efforts between conventional shipbuilding and offshore projects.

Levingston is optimistic about additional offshore business as well as continuation of its successful bulk carrier program.

The approximate cost of this rig is $45 million. Completion is scheduled for December 1982. 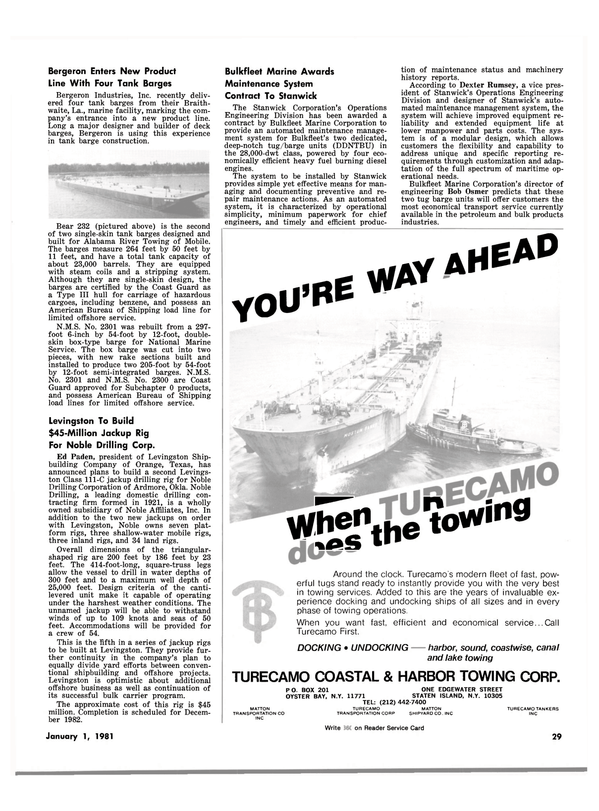