The Cleveland-based Megasystems originally planned the new $1.5-million, 26,000- square-foot facility as a headquarters site, but burgeoning sales have forced an alteration of the original plans. Under the new plan, the recently enlarged Cleveland facility will continue to service the Great Lakes and Canada. Centered on a five-acre site in the Arvida Park of Commerce, the new Megasystems facility is expected to be completed by March of 1981.

In anticipation of the formal opening, a temporary sales and hiring center already has been opened to recruit and train qualified personnel to staff the new facility.

According to Dean Chimples, president of Megasystems, the Boca Raton location was selected for two reasons: it is one of the world's largest electronics manufacture and supply centers; and it has fast and easy access to the Caribbean, Europe, the Mediterranean, and the Gulf Coastal areas—all of them areas in which Megasystems serves major shippers and shipbuilders.

Founded in 1975 to develop complete marine automation systems, Megasystems has fitted more than 3,000,000 dwt of vessels in the past two years and, with the current expansion and in-hand orders, expects to more than double production within the next year. 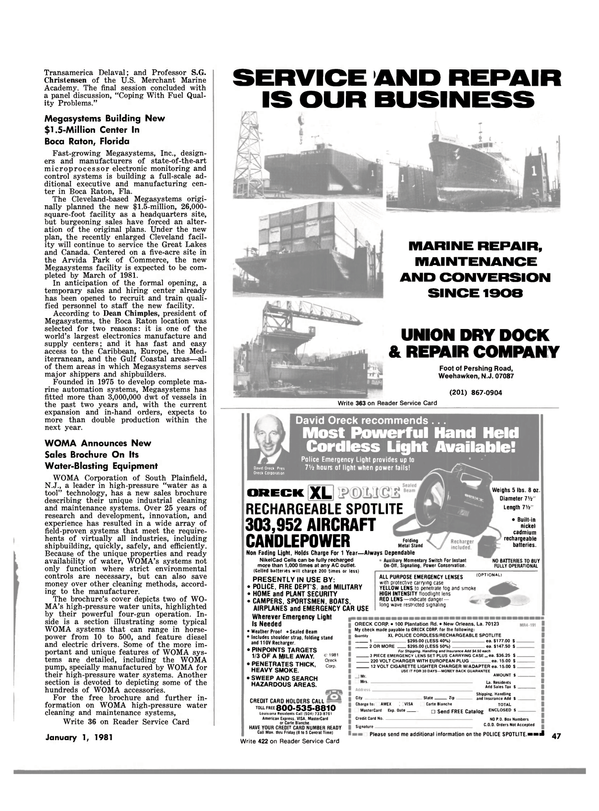