Hughes, who retired from the company effective December 31, 1980.

Mr. Hughes had served as group vice president of Tracor Components since Tracor's 1968 acquisition of Littelfuse, Inc., a 54-year-old electrical and electromechanical components manufacturing firm which he joined in 1943 and served as president of between 1965 and 1980. 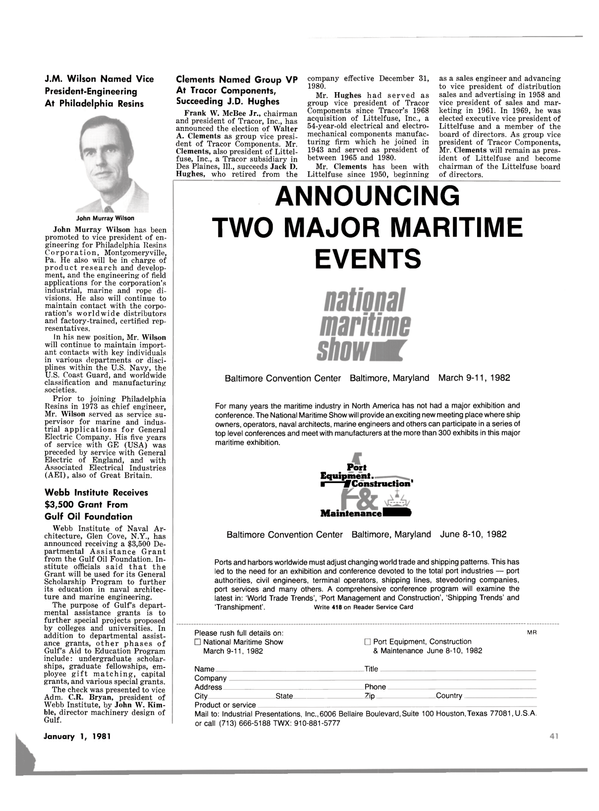