The barge, with a gross weight of 19,968 tons and a displacement of 50,410 tons, will be redesignated the McDermott Lay Barge 200, and be based in the North Sea area.

The company plans to employ it there and in other regions where weather conditions require a semisubmersible operation. Acquisition of this modern vessel allows McDermott to offer its customers increased capability for pipelaying operations on a worldwide basis, according to J.E. Cunningham, chairman of the board and chief executive officer.

The LB-200, with accommodations for a crew of 500, is a stern ramp lay barge capable of laying pipe with up to a 60-inch outside diameter at depths of up to 2,000 feet.

It is 550 feet long, 192 feet wide, and 109 feet high. It has a line station feed with 10 stations, six of which are welding stations, and two pipe tensioners with a combined tensioning strength of 300,000 pounds and capable of feeding pipe at a rate of 100 feet per minute. The barge is also equipped with a saturation diving system, which operates at depths of up to 1,000 feet. 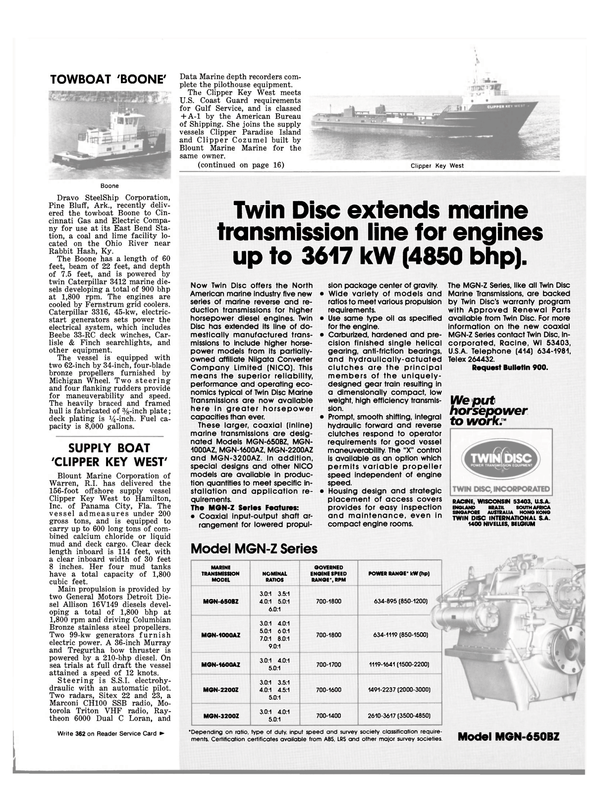