Future prospects for communications in the international maritime community, including the offshore industry, are now assured as a result of a $180-million decision made by the International Maritime Satellite Organization (INMARSAT) in London recently.

This key decision involves the lease of new satellites to meet the growing international telecommunications needs of the world's shipping and offshore industry and the requirements of safety of life at sea during the 1980s. It means that the maritime community can count on the availability of efficient and immediate satellite communication means on a worldwide basis, throughout the decade.

At the Sixth Session of the Council of INMARSAT, the decision was taken to proceed with a network of satellites involving contracts to three major suppliers worth $180 million over the period 1982-89. These suppliers are the European Space Agency, based in Paris; INTELSAT, and the COMSAT General Corporation, both based in Washington, O.C.

This momentous decision by the INMARSAT Council will not only ensure global coverage of the Atlantic, Pacific and Indian Ocean areas, but also provide a follow-on system to the COMSAT General Corporation's MARISAT system. The transition from the MARISAT system to the INMARSAT system is expected to occur in the early 1982 time frame, so as to ensure the continuity of service to the present MARISAT user community. 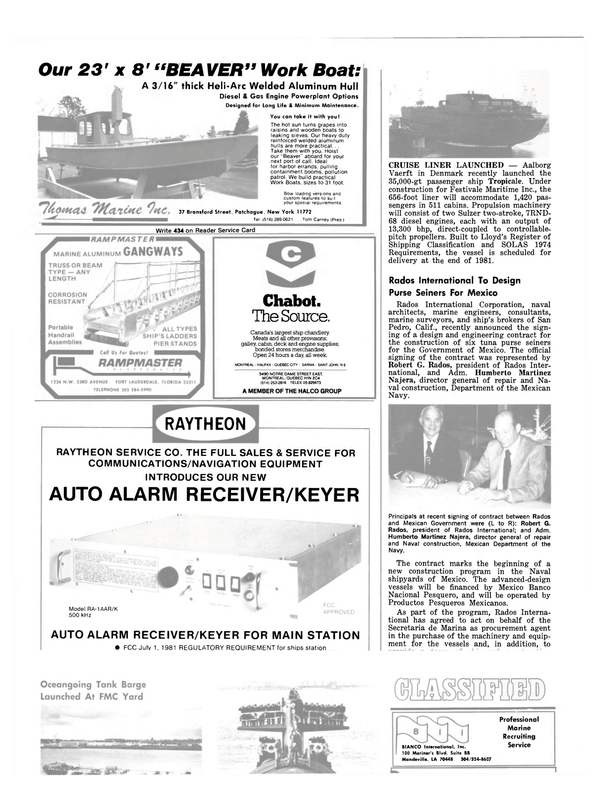