The 550 by 78-foot tug notch barge will be used as a bulk cargo carrier handling coal and other bulk cargoes. Cargo capacity will be 33,000 short tons of coal. The stern will be fitted with a deep notch to accommodate a tug of 7,200 bhp. Two fixed skegs with adjustable flaps at the trailing edga will be provided to maintain directional stability under towing conditions. Bay Shipbuilding has responsibility for vessel design, and will deliver vessel to owner within nine and onehalf months from contract signing.

This will be the fourth oceangoing tug notch barge recently built by Bay Shipbuilding, a subsidiary of The Manitowoc Company, Inc., located in Sturgeon Bay, Wis., on Lake Michigan. 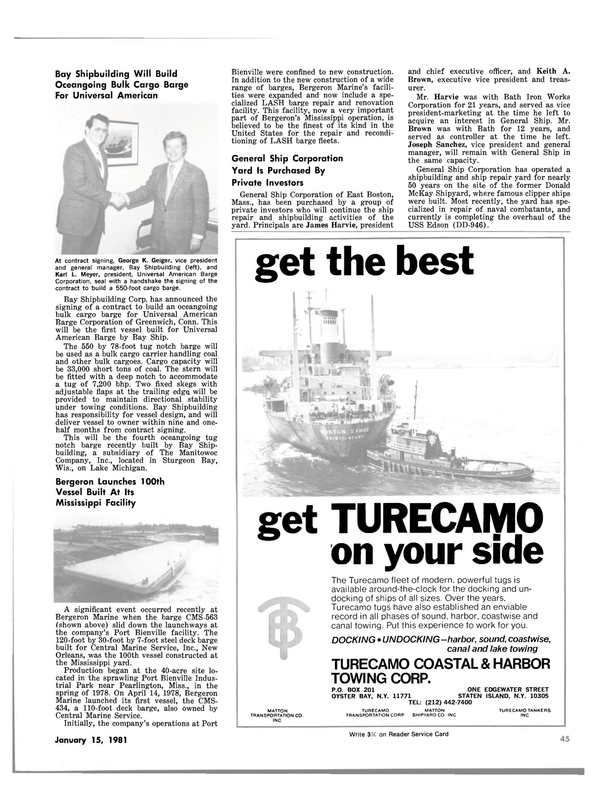