Commenting on the charter, Mr. Eisenbiegler said: "This signing brings to a successful conclusion our marketing efforts to find the right customer for the ship.

Sun Transport faced stiff competition in bidding for this charter.

Our vessel was selected because its modern features make it the rierht ship at the right time for MSC operations. The ship's fuelconserving diesel power plant and a satellite navigation system that will enable it to pinpoint its position at any given time are two major operational features that certainly contributed to the MSC decision to charter the ship." S p e c i f i e d modifications have been made to the tanker that will enable it to refuel U.S. Navy ships under way, as well as permit the transfer of personnel and light, dry cargo between itself and other ships while at sea. Features of the 612-foot-long vessel i n c l u d e automation, permitting control of engine speed and direc- tion from the bridge; air-conditioned crew quarters; and an elevator connecting four superstructure decks with the engine room.

Six pumps are installed to discharge the tanker's 247,000-barrel cargo in 15 hours.

Other features of the New York Sun include segregated ballast, an oil/water separation system, a sewage storage and t r e a t m e nt system, and a collision avoidance system.

The Navy's M i l i t a r y S e a l i ft Command provides for the oceanborne transport of Department of Defense cargo. 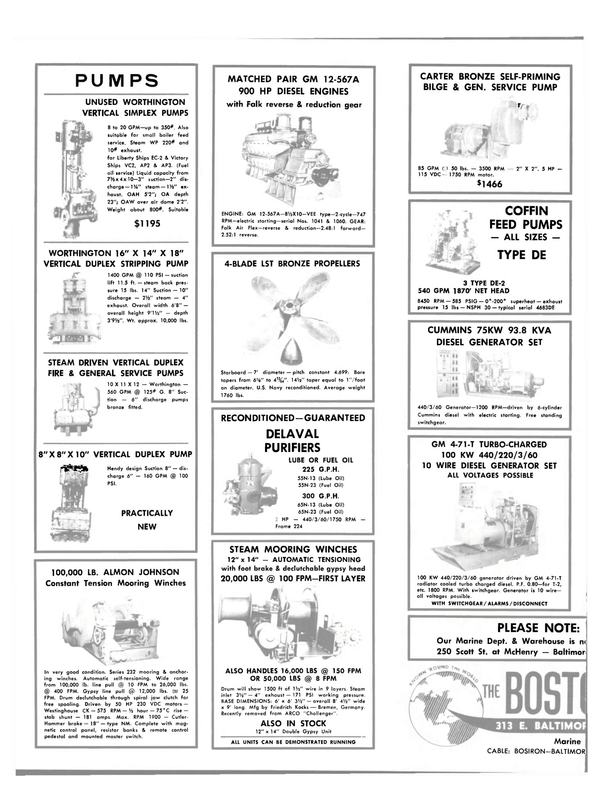