FMC Corporation launched an oceangoing tank barge recently at the Marine and Rail Equipment Division in Portland, Ore. The vessel, named Barge 4506 (shown above), was christened by Mrs. Roy D. Jurgensen, wife of Crowley Maritime Corporation's senior vice president and general manager of the Northwest and Alaska Division of Crowley Maritime, the company that is purchasing the barge.

The giant barge, measuring 400 feet long by 99 feet 6 inches wide by 25 feet deep, is designed to carry a variety of petroleum products. It is the first of two sister barges under construction, with delivery of the second scheduled for February 1981.

Based in San Francisco, Crowley is a major international marine transportation firm.

In recent years, FMC has built several barges for Crowley, including large oil barges and deck cargo barges. FMC Corporation, headquartered in Chicago, is a major international producer of machinery and chemicals for industry, agriculture and government, with 1979 sales of $3.31 billion. 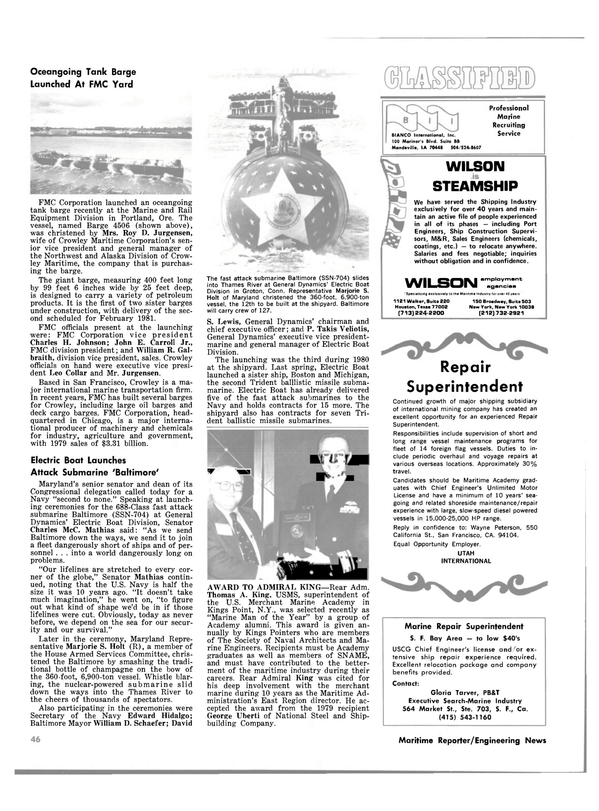