A major new development in FORAN, the internationally recognized computer aided system for ship design and production, was announced recently by Senermar, a leading Spanish firm of naval architects and marine consultants.

A new interactive version has been developed that allows FORAN not only to be used on main frame computers, as now, but also on mini-computers, which are rapidly being introduced by the world's shipyards.

This new version for mini-computers, which comes with graphic display units as a standard option, means that FORAN is now financially within the reach of small to medium yards for the first time. It also means that FORAN can be used by large yards, but on mini-computers as well as large main frame computers.

The world's shipyards of today are increasingly decentralizing their data-processing structure and installing mini-computers in their technical and produc- tion departments, thereby saving money and increasing efficiency.

The first contract for the new mini-computer version has already been signed. It is with ASCON, which is a medium to small Spanish yard at Vigo.

Major improvements have been introduced in both the design and production phases of FORAN in the new interactive version, in which the direct generation of lines becomes extremely powerful and flexible.. The complete design of a new ship can now be accomplished in a few days.

When using m i n i - c o m p u t e rs with the new version of FORAN, it is possible to arrange a turnkey contract for both hardware and software. This has been the case in the contract with ASCON, in which a Prime-450 computer is included. 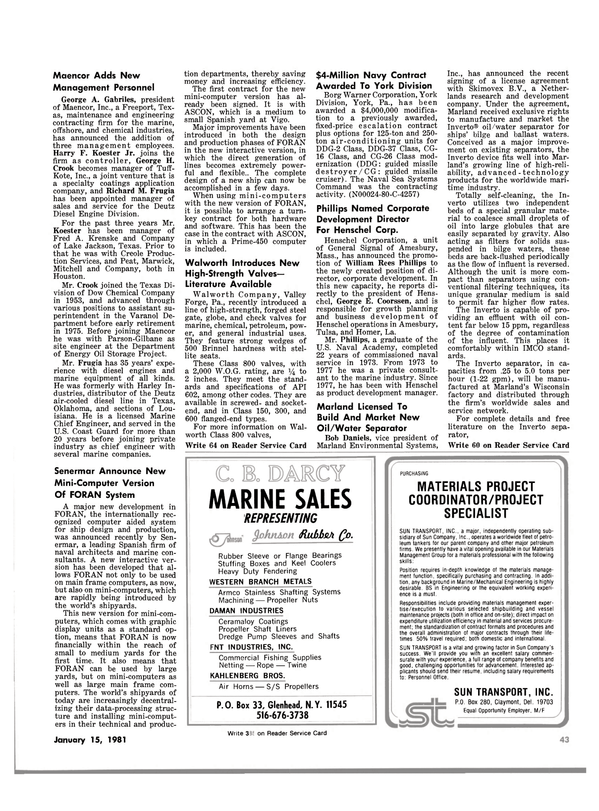