Belcher Towing Company will add a 3,000-horsepower ship docking tug to its fleet in the Port of Miami, vice president James Whitehouse has announced. To be named the Belcher-Miami, the new tug is scheduled to go into service in Miami harbor by the fall of 1981. Belcher Towing, a subsidiary of Belcher Oil Company, presently o p e r a t e s f o ur tugs and six ship-fueling barges in the harbor.

The new tug will be constructed at Main Iron Works in Houma, La., Mr. Whitehouse said. She will be a 90-foot-long vessel, with a 32-foot beam and a 12-foot draft. The Belcher-Miami will be very similar to the tug Mary Belcher, a 3,000-bhp craft added to the harbor fleet in 1975.

"We believe the addition of the Belcher-Miami will greatly strengthen our ability to serve Miami's growing cruise and shipping industry," said Mr. Whitehouse.

"Belcher is committed to s h a r i n g in the responsibilities which will insure the Port of Miami's preeminence." The Belcher companies are units of The Coastal Corporation, Houston-based international energy supply company. The Belcher Towing fleet includes a total of 15 tugs and 26 barges in service throughout the Belcher system, which stretches from Maine to Florida, around the Gulf of Mexico to Texas, and up the Mississippi to Memphis.

Other programs to expand the Belcher Towing fleet include construction of two oceangoing tugboats now nearing completion at Savannah, Ga., and two oceangoing barges constructed in Galveston, Texas. One of those barges is complete and the other will be launched early in 1981.

These two projects will result in matched tug/barge units. 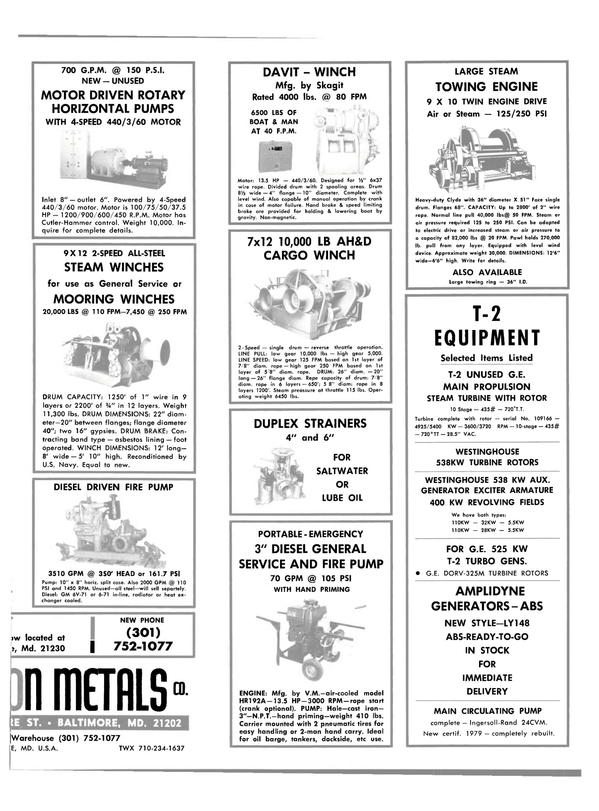