Keyes Offshore, Inc. of Houston, a major drilling rig owner and contractor to the offshore industry, has contracted with Ingalls Shipbuilding of Pascagoula, Miss., to build another Friede & Goldman L-780, Mod 2 jackup drilling rig. This is the fourth rig that Keyes has awarded to Ingalls during 1980.

This will bring the total rigs owned or operated by Keyes Offshore to seven.

Ingalls, a designer and builder of marine structures for commerce and defense since 1938, is the only North American contractor currently building the L-780 jackups under Friede & Goldman license. Ingalls, also a major overhauler and modifier of offshore drilling rigs and barges, is constructing the new rigs at its modern 800-acre facility in Pascagoula.

Ingalls has a total of 14 rigs presently under contract, including ten L-780 jackups, with deliveries extending to July 1982. 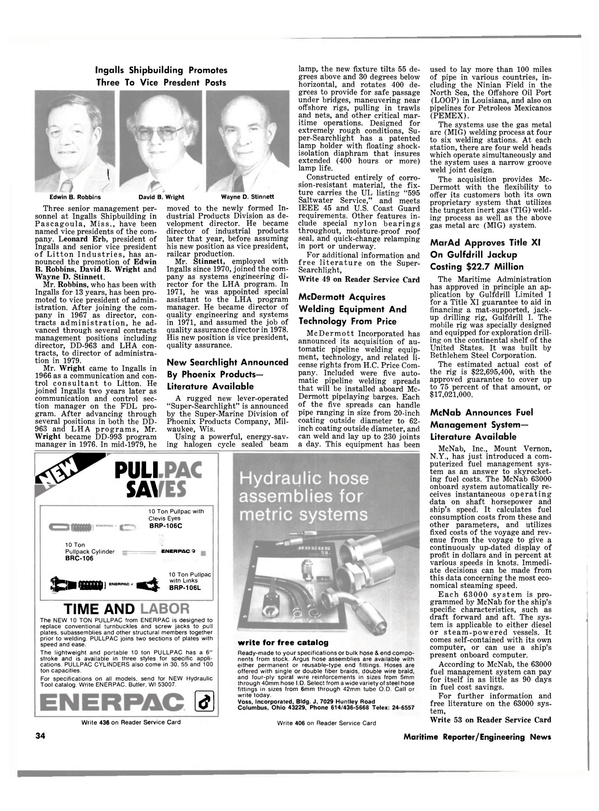