Tracor Marine, Inc., a Fort Lauderdale, Fla., subsidiary of Tracor, Inc., has been awarded a fixed-price contract from Rockwell International to operate the vessel Ocean Energy Converter in support of the Department of Energy's Ocean Thermal Energv Conversion (OTEC) Program. The contract is for two years with an approximate value of $8 million, with operations for two additional years.

Moored off the island of Hawaii in 4,000 feet of water, the 525- foot vessel and its 2,200-foot-long gimbaled pipe bundle will be the platform from which several prototype megawatt heat exchangers will be tested.

OTEC is a promising alternate energy scheme presently being developed by the Department of Energy. The basic principle is to use the temperature difference between the warm surface waters and the cold deep waters available in tropical latitudes to evaporate and condense a working fluid such as ammonia. The energy of expansion derived during the evaporation process can be used to drive a turbine for electrical power generation.

Although the vessel will be moored, all systems will be operational as the ship's special thrusters will be used to counteract the force of variable currents at the site. Approximately 50 crew members and management and support personnel will be involved in operating and monitoring the vessel and various onboard test systems.

Tracor Marine has played a key role in pioneering efforts to harness the vast wealth of the oceans for many years. Taking over the operation of the largest OTEC test platform in this new technological area represents another of the firm's involvement in such efforts. 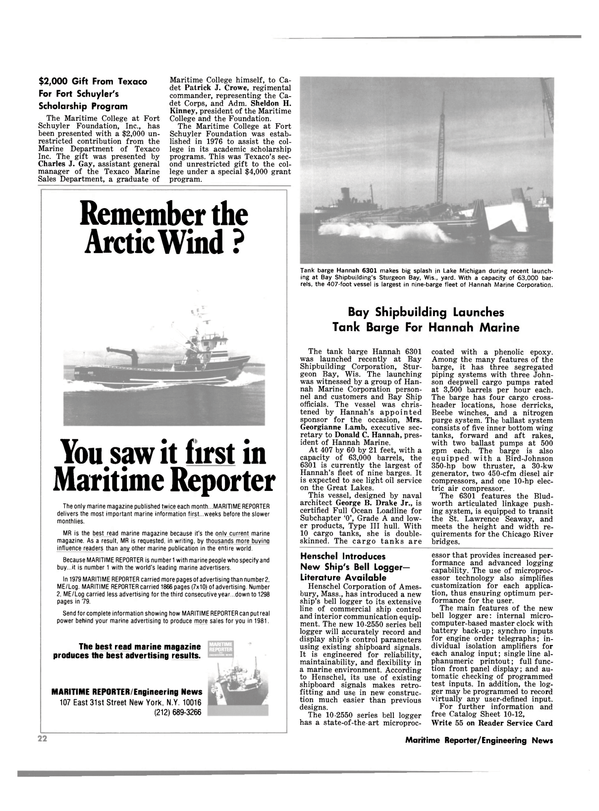