Three senior management personnel at Ingalls Shipbuilding in Pascagoula, Miss., have been named vice presidents of the company.

Leonard Erb, president of Ingalls and senior vice president of Litton Industries, has announced the promotion of Edwin B. Robbins, David B. Wright and Wayne D. Stinnett.

Mr. Robbins, who has been with Ingalls for 13 years, has been promoted to vice president of administration.

After advancing through several positions in both the DD- 963 and LHA programs, Mr.

Wright became DD-993 program manager in 1976. In mid-1979, he moved to the newly formed Industrial Products Division as development director. He became director of industrial products later that year, before assuming his new position as vice president, railcar production. 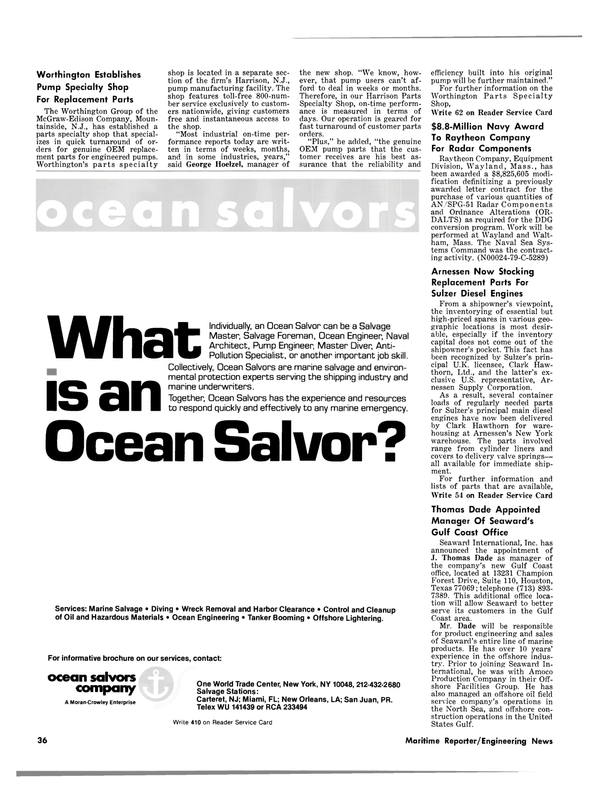